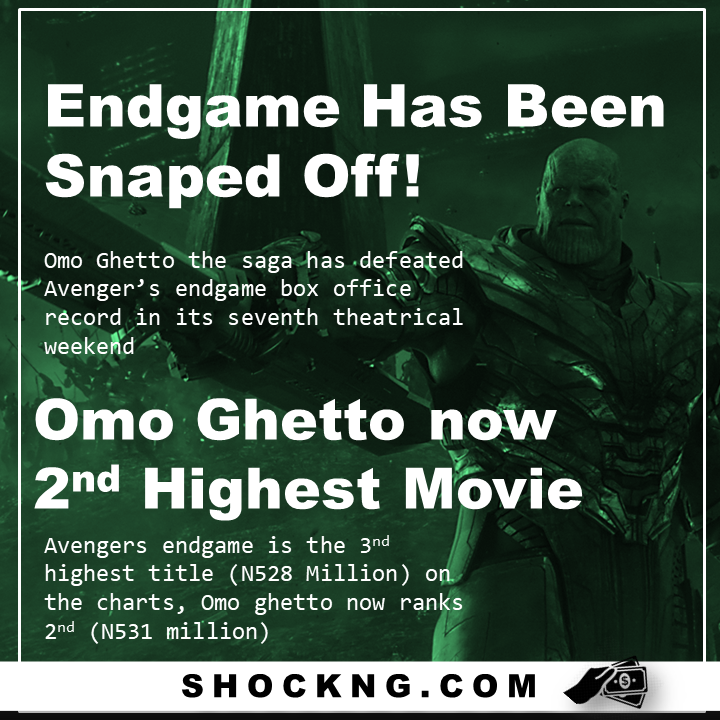 Released back in April 2019, Avenger’s endgame finished with a triple box office revenue of N528 Million.

Latest box office figures released by comScore shows that Omo Ghetto the saga still going strong in its 7 theatrical weekend has surpass the above revenue record by more N3 Million. 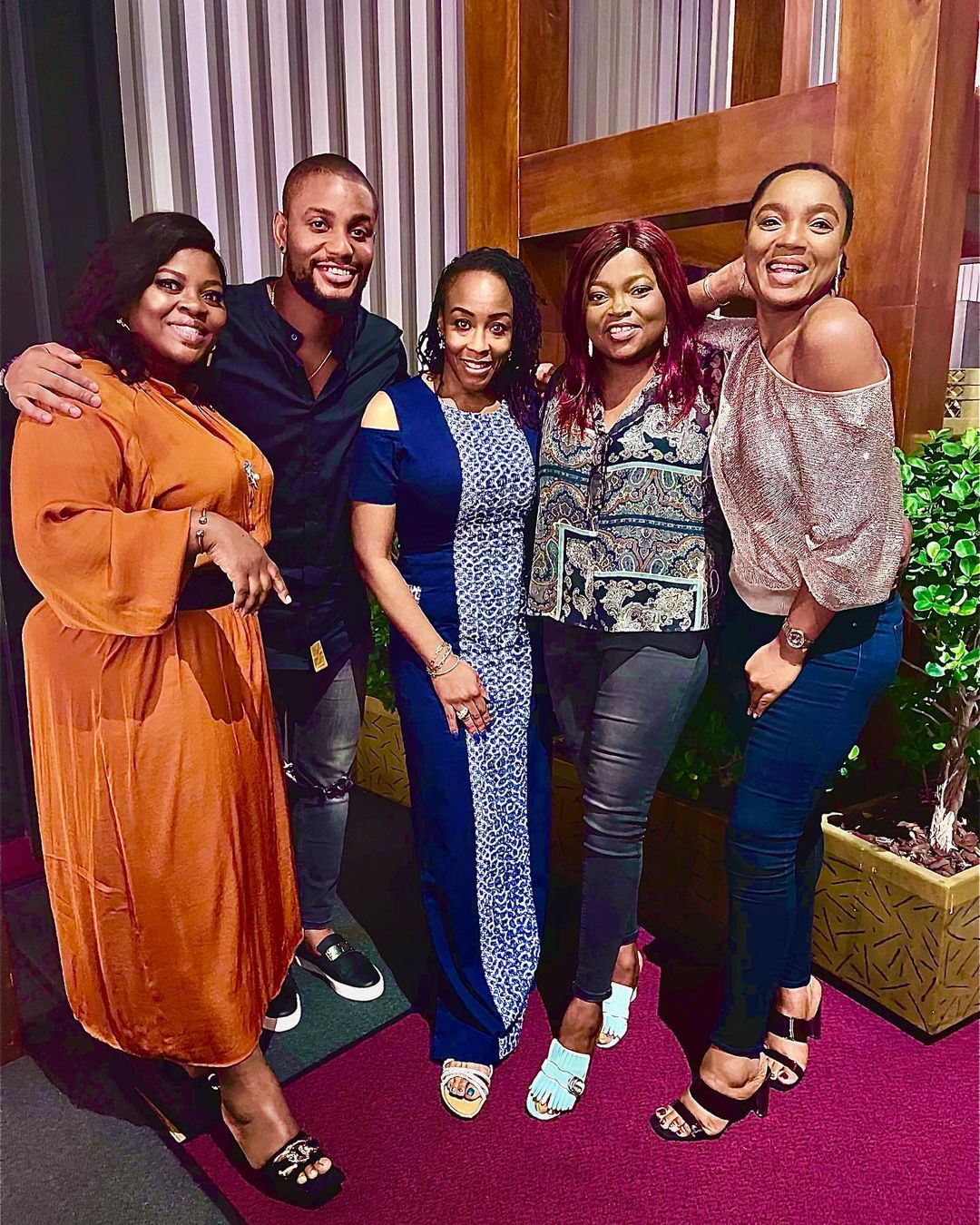 Why does this matter

Every new day begins with possibilities and today is surely one of them.

This feat marks the beginning of Nollywood titles getting more patronage by existing and new consumers that pushes the industry to get more long term market share.

however, when that happens everyone is happy and the search for the next big thing revs up again. 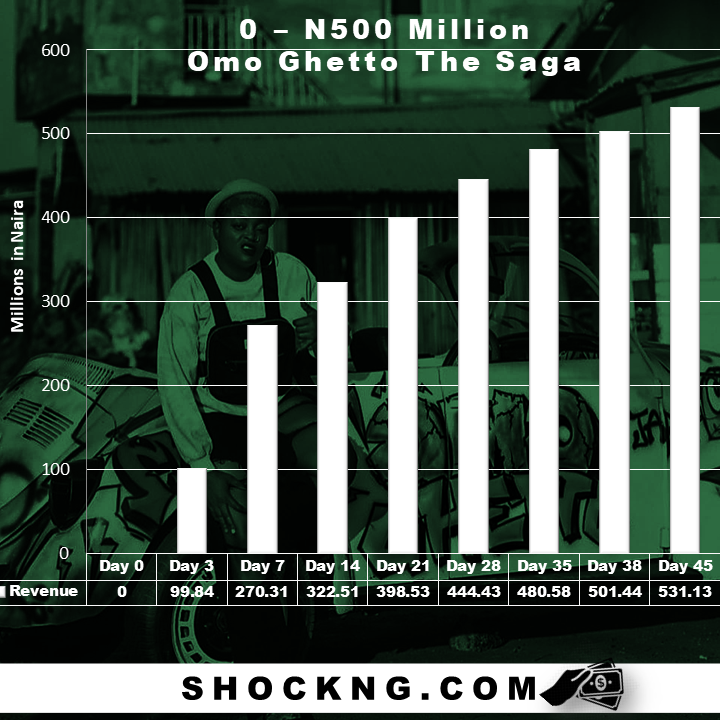