The title, an Amazon studios Original is a modern-day re-invention of horror and emotionally haunting evocative, culturally relevant and cinematic feature which will screen on November 6, 2022, at 4.30 PM at Filmhouse Landmark Centre. 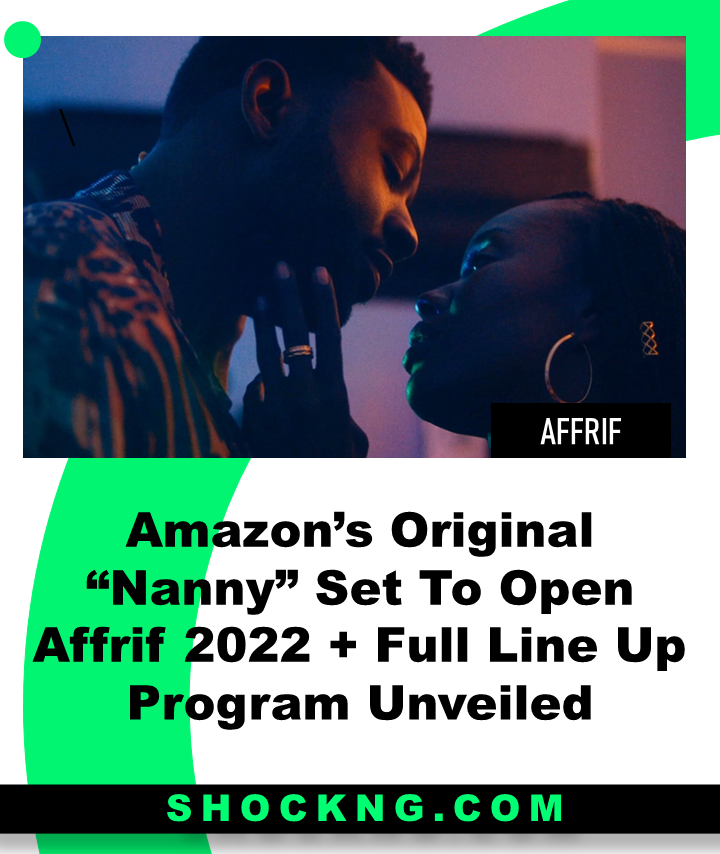 The Africa International Film Festival (AFRIFF) is an international film showcase in Nigeria’s biggest city, Lagos. It presents a complete immersion into the world of filmmaking with participation from all over Africa and the Diaspora.

Founded in 2010 by Ms Chioma Ude, an ardent film lover and entrepreneur, the festival is positioned to be the biggest annual appointment for African filmmakers in the region, celebrating the best African films and stories.

The founder and festival director, Chioma Ude announced “indigenous for global” as the theme for 2022.

“filmmaking has evolved rapidly in Africa over the last two decades and this year’s edition is designed to influence global perspectives of African films and story-telling.

We intend to continue to empower our storytellers to explore ideologies and techniques that appeal to a larger global audience”.
Furthermore, she explained that the keynote conversations for the 11th edition feature high-profile speakers and facilitators from all over the world.

As part of the foremost activities at this year’s Festival, Chioma Ude announced continuing with prime video and amazon stories while introducing “Nanny” as the opening night film of this year’s festival.

Nanny is a psychological horror film, the first of its kind to be showcased on the opening night. It was written and directed by Nikyatu Jusu and produced by Nikkia Mouitene and Daniela Taplin.

The past five years featured;

2017
Title: I am not a witch
Director: Kungano Nyoni
Genre: Drama

SHOCK will be in attendance for the line-up for most of this programming.

BOO'D UP Short Film Explores Navigating The Complexities of Sexuality