Done and dusted, the horrendous theatrical year of 2020 has been completed.

Without further ado here are the titles that managed to rank top 10 upon their release.

From Least to Highest we gathered this top 10 list from cinemas exhibitors association of Nigeria. 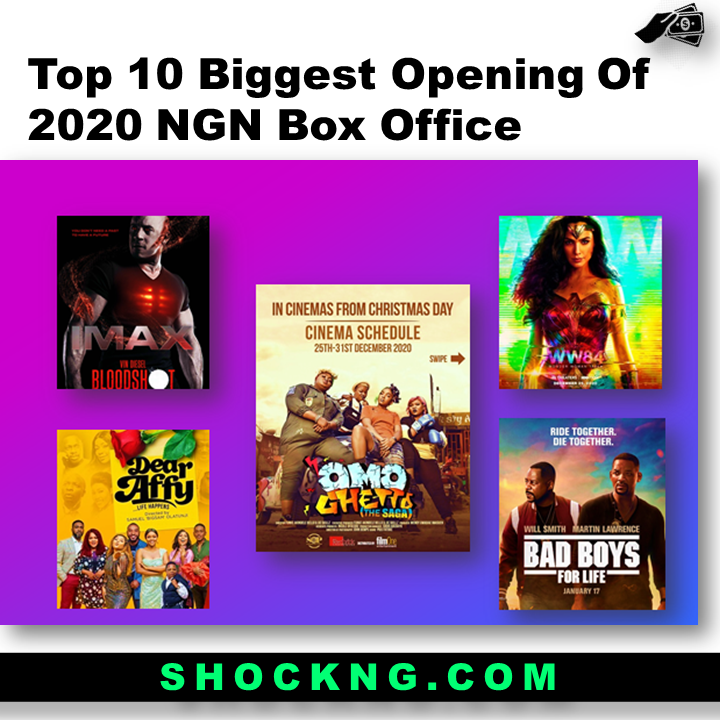 Dear Affy directed  Sam Olatunji  is top 10 biggest opening titles last year at the big screens.
.
🏅👉🏻Plot: A career lady who is about to get married is on the verge of sealing a contract with a conglomerate in a construction industry.

However, he is faced with the devil and the deep blue sea as sealing the contract is hinged on him having an intimate affair with the female billionaire contractor by all means just few weeks to his wedding. All hell was let loose when the detail of his affair became subject of headline for the media

🏅👉🏻Plot: JJ, a CIA operative, is tasked with spying on a single mother and her daughter with tenuous links to an arms dealer. But the young girl catches JJ forcing him to do her bidding or be exposed.

🏅👉🏻Plot: After being thrown out in the streets by Joker, Harley struggles to pick herself up. However, Harley teams up with Huntress, Black Canary and Renee Montoya to defeat a gangster and protect a girl

🎬 Date of Release: 7th of February

🏅👉🏻 plot: Ahanna (Stan Nze), a young gentleman who decides to rob the life he always wanted and dreamt of.

So he assembles a group of men called “The Armadas” with several different skills, carrying out a series of spectacular heists. But things takes a swift u-turn and the gang suddenly find themselves with better enemies on both sides 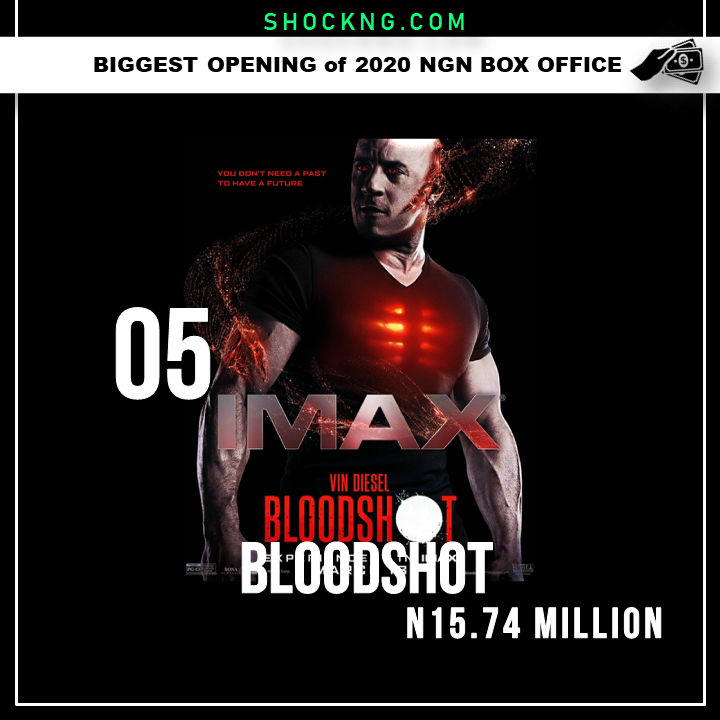 🏅👉🏻 Plot: Based on the Valiant Comics character of the same name; Bloodshot stars Vin Diesel as Marine Ray Garrison. When he and his wife are murdered, Ray is resurrected by a secret team of scientists. Enhanced with nanotechnology, he becomes a superhuman, biotech killing machine

Toyin Abraham’s Fate of Alakada directed by Kayode Kasum was the very first title that debut at the box office post lockdown and opened N17.39 Million to rank top 5 on biggest opening titles at the big screens last year

🏅👉🏻 Plot: Yetunde (Toyin Abraham) is now a social media influencer still living the fake life and pretending to be a Lagos success. After sneaking into a movie premiere event with her trusted friend and fellow ‘fakester’, Kas (Broda Shaggi), she pretends to be an event planner after hearing how much money can be made from the profession

Bad Boys For Life directed by Adil & Bilall reunites Will Smith and Martin Lawrence after 17 years.

The feature hit $210 Million worldwide for its opening weekend, back here in Naija, the film opened N32.89 Million to rank No 3rd on the biggest opening titles of last year 2020.

🏅👉🏻 plot: Detectives Mike Lowrey and Marcus Burnett join the Miami Police Department’s special team AMMO to bring down the ruthless Armando, who is on a mission to kill Mike at his mother Isabel’s orders 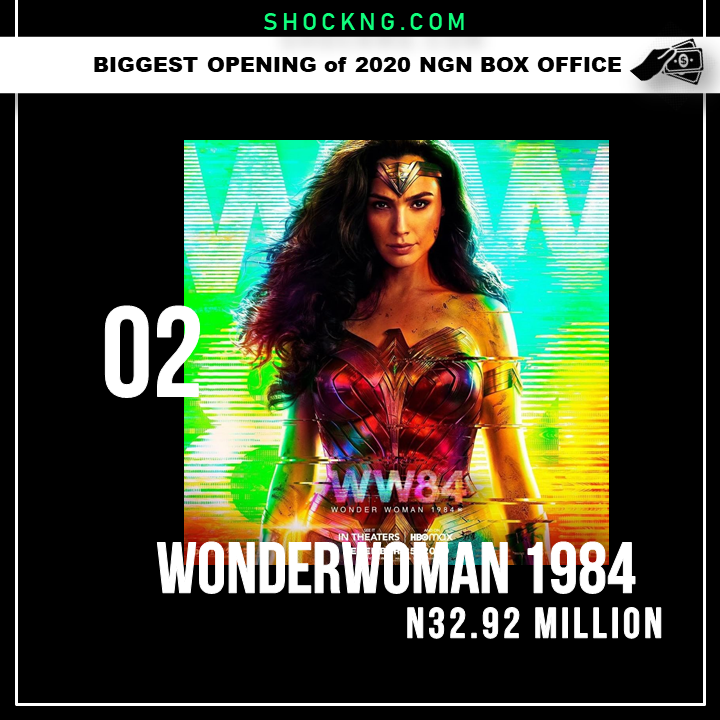 Wonder Woman 2 directed by Patty Jenkins is an historical title as it smashes the 90 day theatrical window and ranks No 2 on the biggest opening titles of last year 2020.

Warner bros opted to rather debut the feature on streaming platform HBO Max on the same day it hit the big screens here due to Covid 19 that has shut down cinema chains.

So far the feature has surpassed the N100 Million mark since its debut here in Nigeria.

🏅👉🏻Plot: Diana Prince lives quietly among mortals in the vibrant, sleek 1980s — an era of excess driven by the pursuit of having it all. Though she’s come into her full powers, she maintains a low profile by curating ancient artifacts, and only performing heroic acts incognito.

But soon, Diana will have to muster all of her strength, wisdom and courage as she finds herself squaring off against Maxwell Lord and the Cheetah, a villainess who possesses superhuman strength and agility.

Respect to the gangster smasher that saved the box office in 2020.

The Nigerian title directed by Funke Akindele and JJC Skills broke the highest opening for  a domestic feature previously set by the wedding party 2.

🇳🇬 NGN Box Office: A 4 year Theatrical Record has been BURSTED in the last box office charts of 2020 🔥 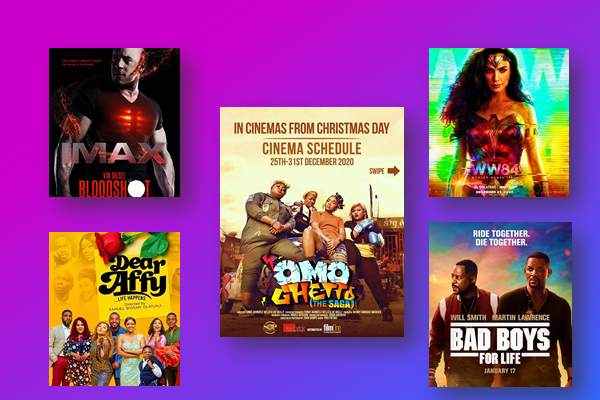 The Niche Theatrical Run of "Son of Mercy"