In response to its “No Film Is Eligible” vote, The Nigerian Official Selection Committee (NOSC) witnessed a series of messy events between the 3rd of September and the 4th of October.

Here is everything you need to know and a very important question to answer. 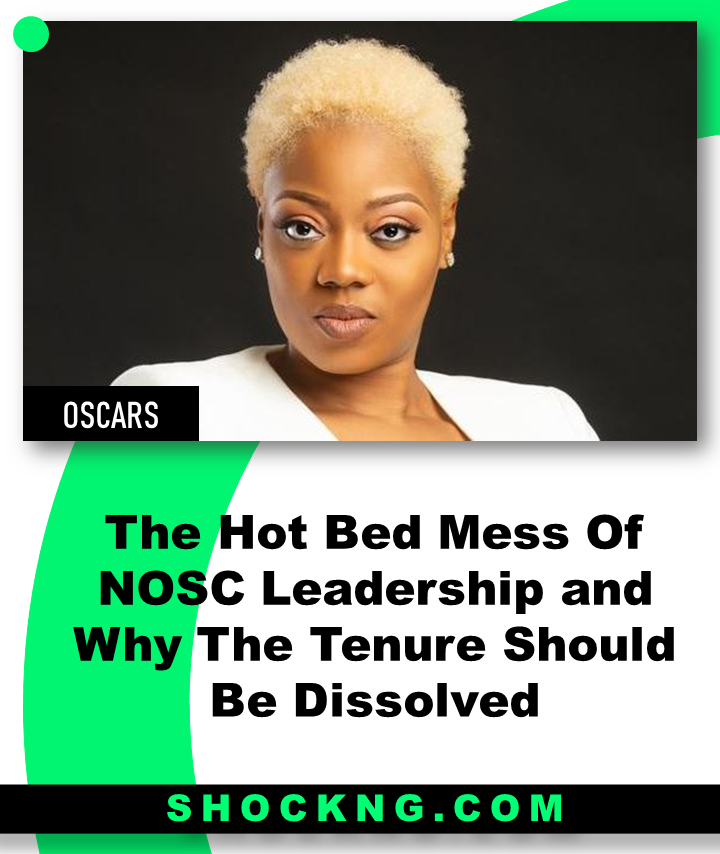 Following the Oscars International Film Category, the NOSC which was charged with selecting a film to represent the country at the 2023 Oscars, submitted a ‘No Film is Eligible’ vote after screening  “Elesin Oba: The King’s Horseman” by the late Biyi Bandele; Kunle Afolayan’s “Anikulapo” and Femi Adebayo-produced “Agesinkole (King of Thieves)”. 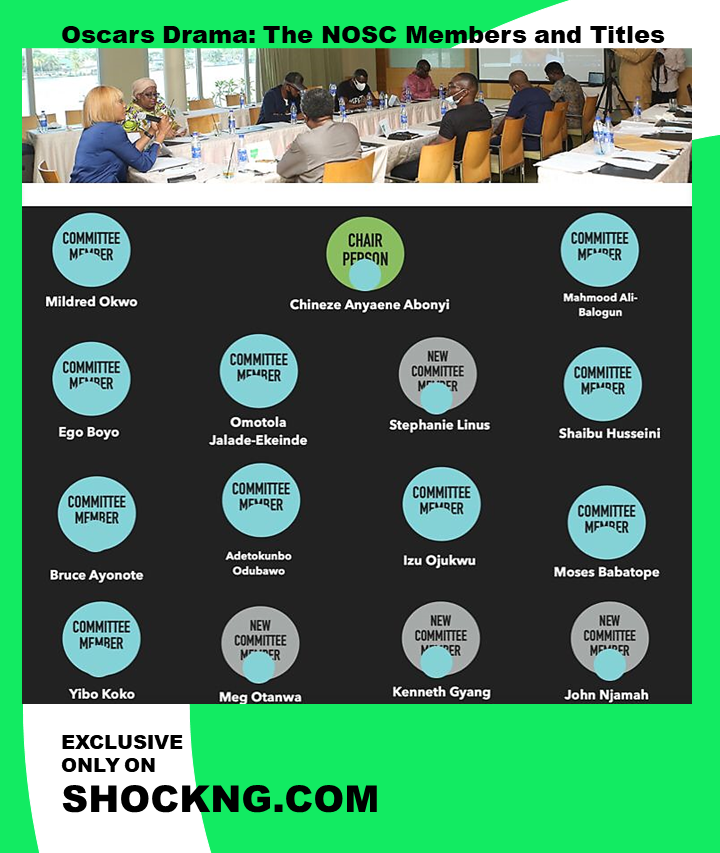 Oscars Drama: A Timeline of Events

A series of unprecedented events was unveiled after this “No Film Is Eligible” vote was made known, and here’s a timeline breakdown of what happened;

On the 3rd of September, more than half of the 15 Nigerian Official Selection Committee (NOSC) members cast a vote to select a film to represent Nigeria at the 2023 Oscars. The vote went to an 8-5-1-1 vote, with 8 null votes, 5 votes for “Elesin Oba: The King’s Horseman”, 1 vote for “Anikulapo”, and 1 vote for “Anikulapo”.

Two weeks after this, on the 19th of September, a leaked email (via Molara Wood) from the committee to EbonyLife Studios surfaced on a social media network.

Chineze Anyaene-Abonyi as chair of @officialnosc accused Mo Abudu's EbonyLife Studios of inducing members of the Committee – a rash, intemperate and baseless allegation. Because some members wanted a fair process. The studio should sue. Committee leadership, #GoNow @TheAcademy https://t.co/IVw6j36JCV pic.twitter.com/CAIdK25ih7

In this leaked mail, the Oscars committee informed  the media company that its film submission, “Elesin Oba: The King’s Horseman”, was not selected, and also unprofessionally raised an accusing finger at the entertainment studio, claiming that

“It is as though anytime EbonyLife studios either make or submit to the NOSC, there is almost an upheaval and elicited agitation fuelled by lobbyists within the committee and allegedly induced by a third party.” 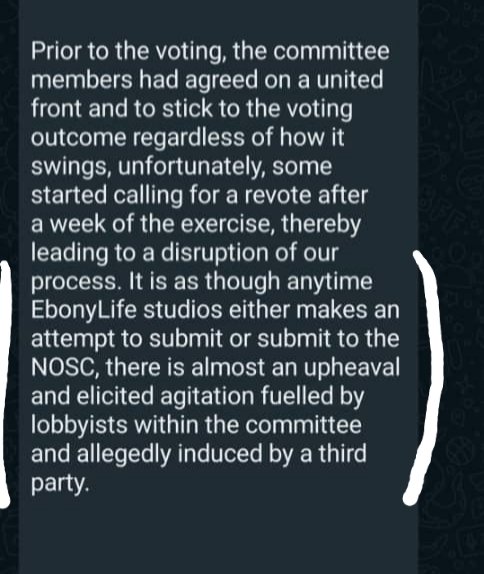 The ‘No Film Is Eligible’ vote did not sit well with some committee members because they believed their inability to successfully put out a film to represent the country was embarrassing.

To curb the growing embarrassment, the Vice Chair of the NOSC, Mahmood Balogun defied Chairperson Chineze Anyaene-Abonyi (Chairperson of the committee) orders and instead reached out directly to the Oscars to enquire about the possibility of a revote.

.@officialnosc chair always using @TheAcademy as a stick to beat members into submission. On Sept 19, she claimed she had "escalated" the alleged inducement to the Academy. That same day, the Academy clarified that it does not interfere in the affairs of country committees. pic.twitter.com/l7rHbJn2qT

On the 19th of September, Mahmood Balogun got a response from the Oscars, which stated 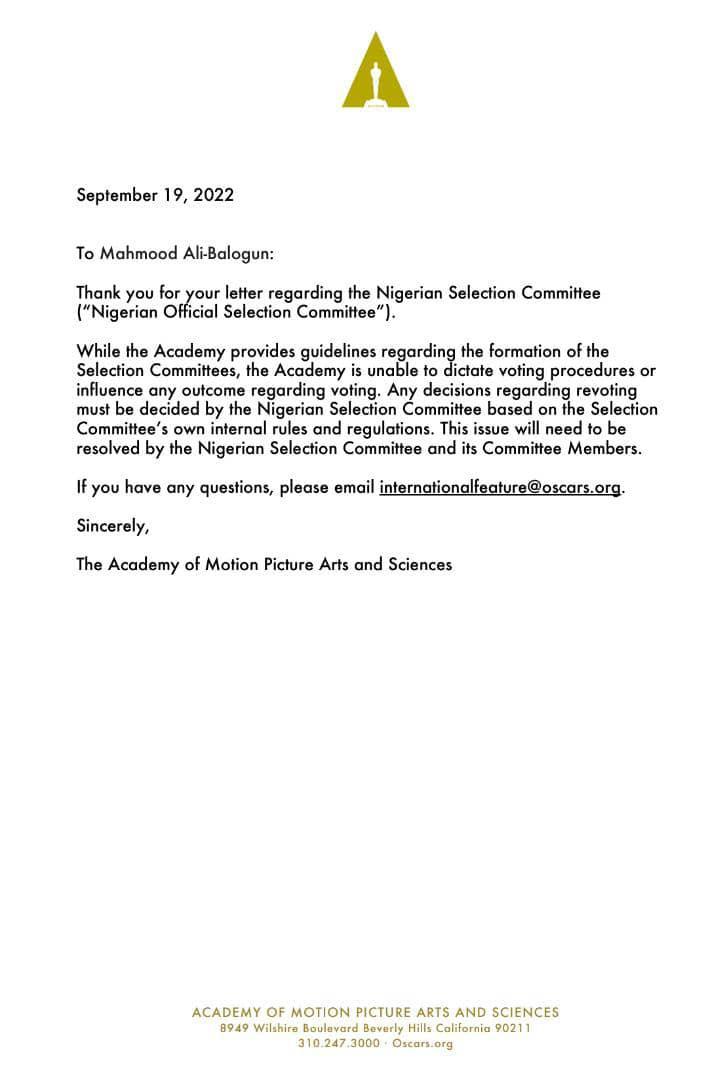 On the 20th, the first and only breakdown of the voting was leaked on a website called “The Will News Media”.

This leaked press release announced how the committee members voted and included an official quote from the chairperson of the NOSC, Chineze Anyaene-Abonyi. Of the 15 NOSC members, eight votes were ‘Null’, 5 votes were for “Elesin Oba: The King’s Horseman”, 1 vote was for “Anikulapo”, and 1 vote for “Agesinkole (King of Thieves)”. It is however important to note that no information as regards this was posted on the official channels of the NOSC, and it is still the same currently.

A week after the leaked press release, on the 29th, one of the oldest members of the committee, filmmaker Mildred Okwo tendered her resignation, publicly. In her resignation, she shared that her motivation for leaving was that her time was up with the committee and she believed that it was time to serve the industry in another capacity. This however signalled a disruption in the committee, it was a sign of what was to come.

She explained that one requirement is that a submitted film had to have a theatrical exhibit for 7 consecutive days in a cinema before going to the public on other platforms.

In a section response to Vice Chair Mahmoud’s letter to the Academy asking for a revote, Chineze  Anyaene-Abonyi asserted;

“Speaking of ‘embarrassment’ because we did not submit your choice film, how about a situation that threatened the transparency of the NOSC, where a committee member wrote the Academy post-voting requesting for a revote because his voted film did not get a majority vote, the Academy responded saying that any decision reached should be based on the NOSC rules & regulations and whereas they have a copy of the NOSC rules & regulations, perhaps watching to see whether we would do otherwise.

That is what embarrassment looks like. We cannot change rules at every turn just to suit our sentiments”

She affirmed that the committee’s voting for the films was based on the International Feature Film requirements and sentiments needed to be set aside.

That same day, at 10:57 PM, Shaibu Husseini, a member of the voting committee made his resignation via Twitter without stating any reason. 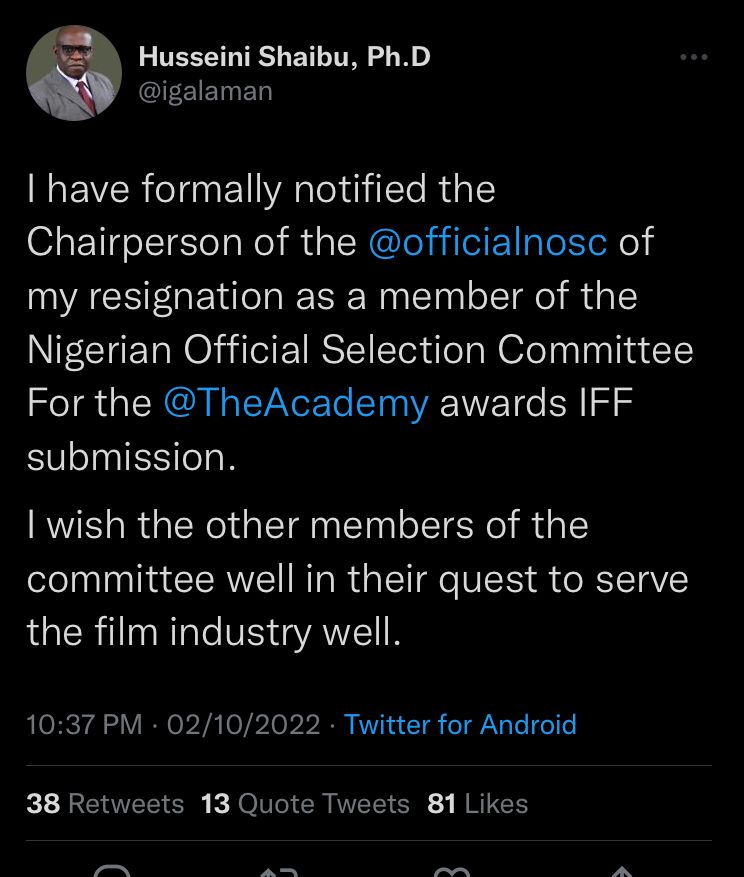 What are the IFF Voting Rules and Eligibility

It is important to note that the voting rules and regulations for this category are not clearly defined. Amongst other criteria, the Academy mandates that;

With voting guidelines not strictly defined, and the Academy’s response to Vice Chair Mahmoud’s letter, the NOSC was still within its rights to carry out a revote as long as the submission deadline was not passed and the revote was done in unison. Unfortunately,  this was overruled by Chairperson Chineze  Anyaene-Abonyi.

The submission deadline for the International Feature Film was October 3rd, and due to the committee’s vote, no film was entered into the Oscars category, thereby missing the deadline.

The following day, the 4th of October, filmmaker and movie director of “Anikulapo”, Kunle Afolayan made a social media post, where he asserted that 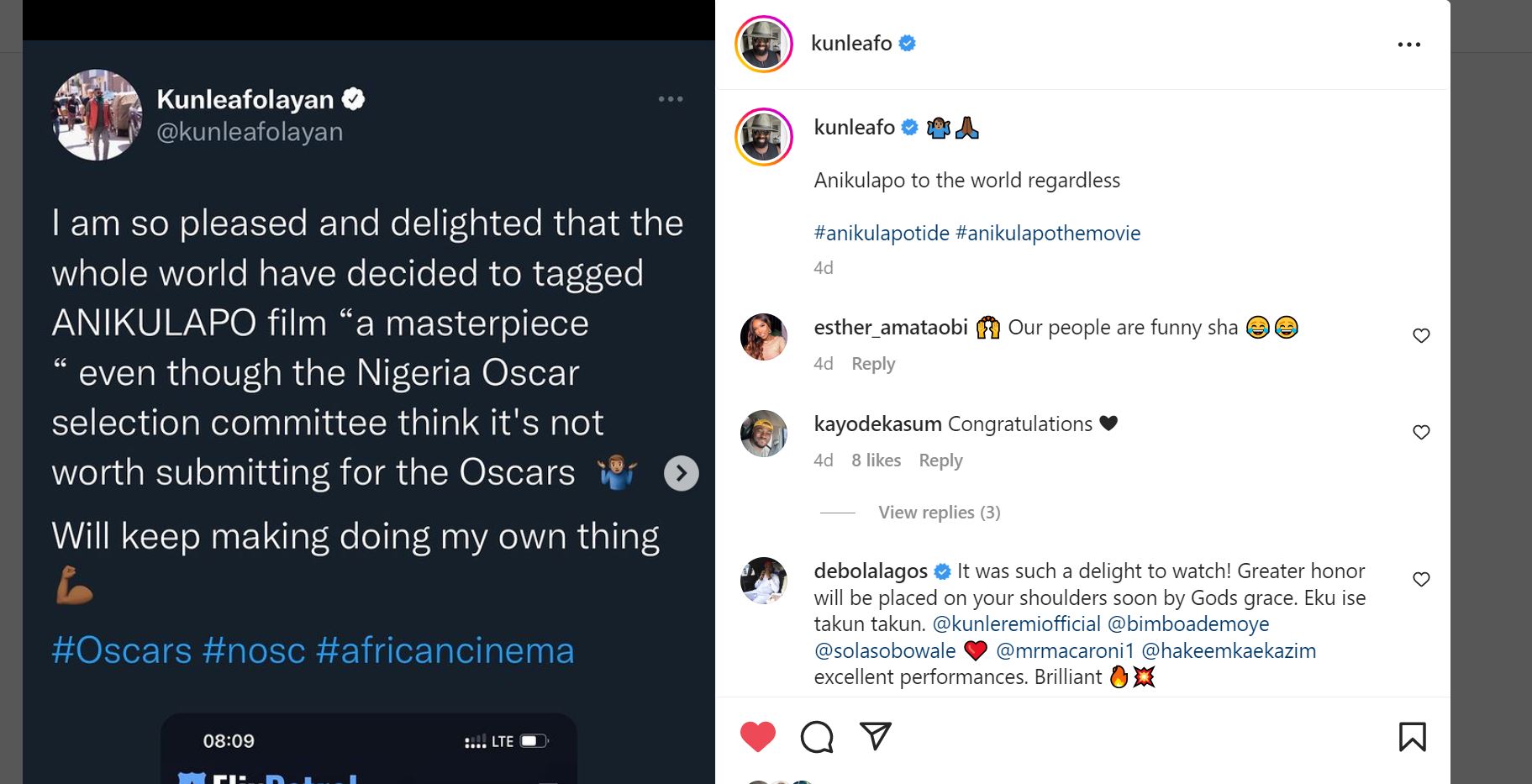 Now that the submission deadline is passed, there have been calls for the resignation of the Chairperson of the NOSC.

This clamour for her resignation could be seen as either necessary or totally unreasonable, because on one hand, we have Chineze Anyaene-Abonyi’s refusal to push a Nigerian film to a platform such as the Academy, through agreeing to a revote.

And on the other hand, the committee members’ decision to carry out a revote raises a lot of questions about the intent of this action, seeing that the same members who cast the first vote were going to be the same people to revote.

This non-submission of a Nigerian film is a huge loss for the industry, as the Academy Awards (Oscars) would have been one of the biggest platforms to showcase Nigerian art and talent. With growing calls to globalize Nollywood, the NOSC missing this deadline lights a fire to the hard work that has been done by talented and experienced creatives.

They informed the makers of the highest scoring film that their film "came second."

All cabalistic cabals be damned. @officialnosc@TheAcademyhttps://t.co/BLLahaW1F4

Based on this unravelling of this Oscars drama, do you think this call for resignation is valid? 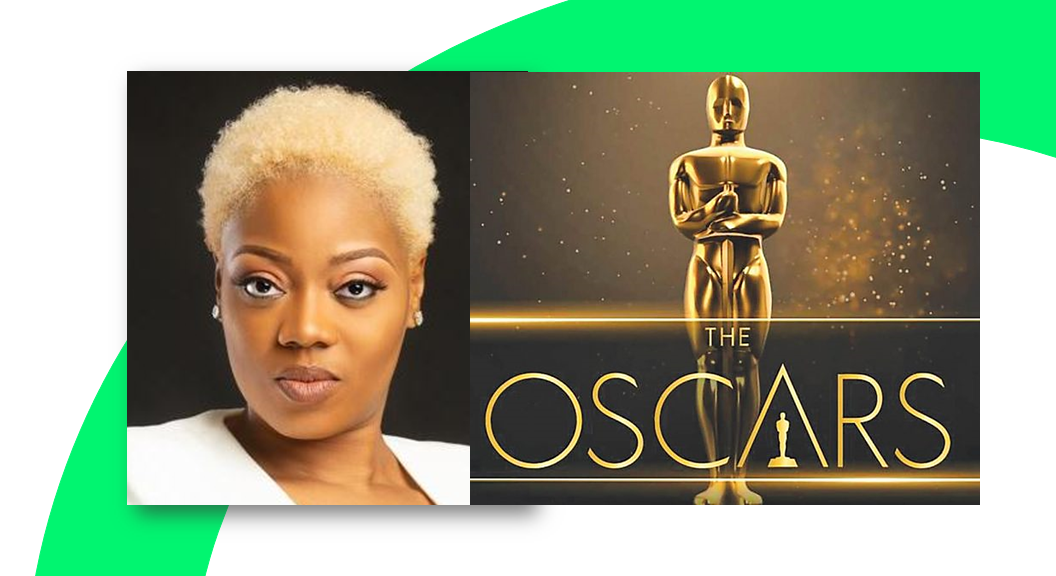