Netflix has just released new posters for the third season of the American science fiction-horror web television series Stranger Things, and will premiere exclusively via Netflix’s web streaming service on July 4, 2019. The series was created by the Duffer Brothers, who are also executive producers along with Shawn Levy, Dan Cohen and Iain Paterson. Before we show you the new posters check out the new sneak peak of season 3.

Eleven played by Millie Bobby Brown, nicknamed “El”, is a young girl who has psychokinetic abilities, an unusual appearance, and a limited vocabulary. She escapes from Hawkins Laboratory where experiments were being performed on her. She befriends Mike, Dustin, and Lucas and develops romantic feelings for Mike. It is eventually revealed that she is actually Jane Ives, the biological daughter of Terry Ives. 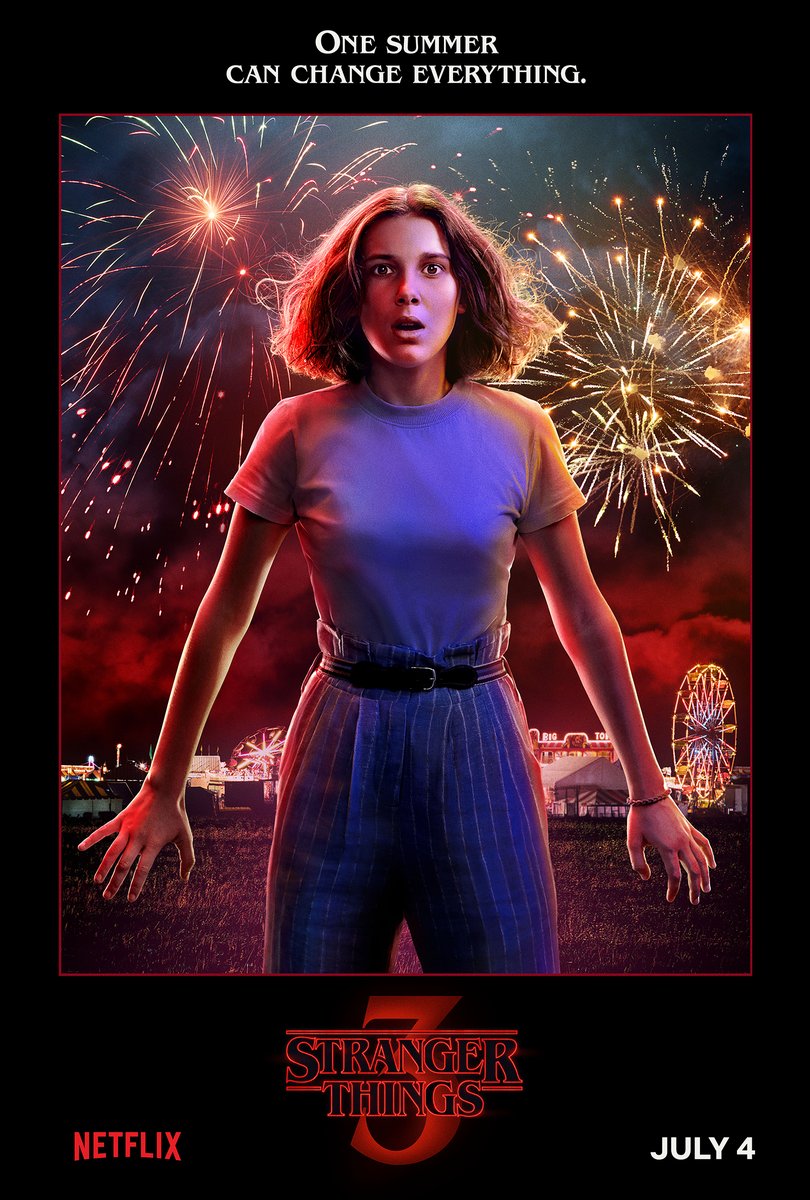 Will Byers played by Noah Schnapp , the son of Joyce Byers and younger brother of Jonathan Byers. He is captured by a monster from the “Upside Down”, an alternate dimension discovered by Hawkins Laboratory scientists. 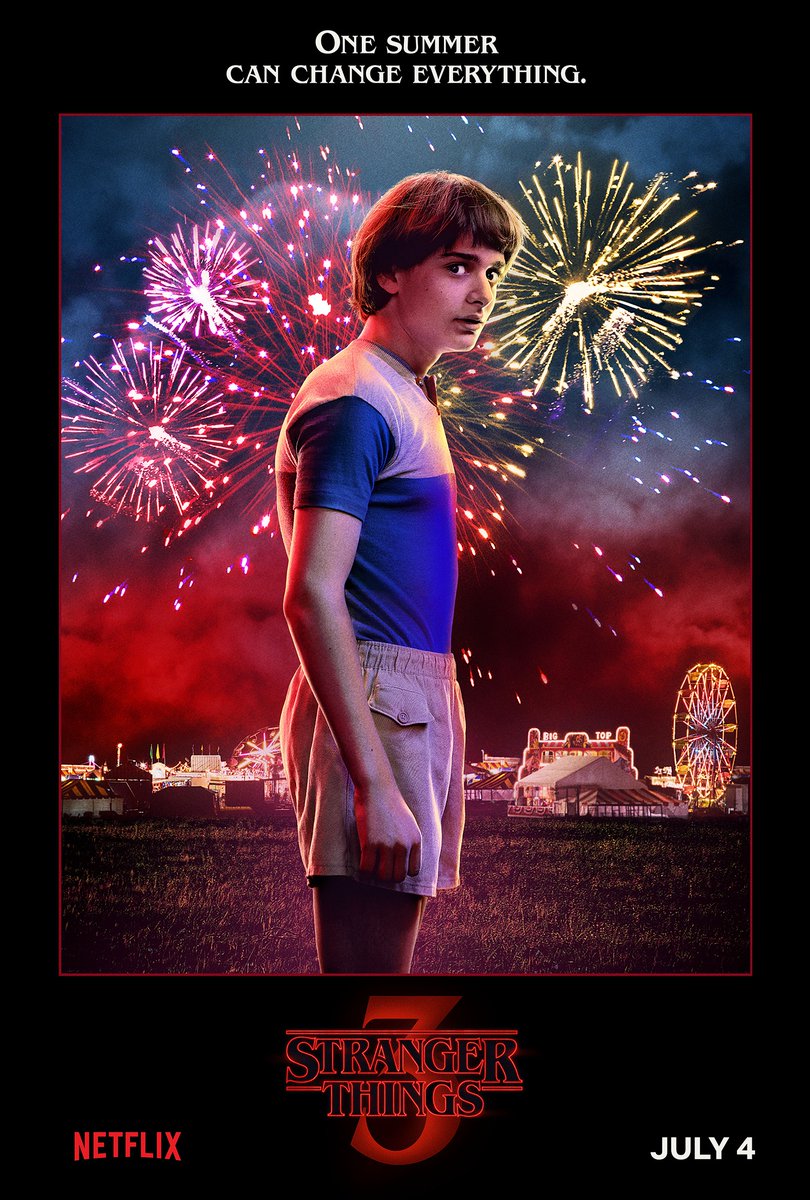 Lucas Sinclair played by Caleb McLaughlin is one of four main character .He is wary of Eleven, yet befriends her later on. In season two, he becomes a love interest for Max. 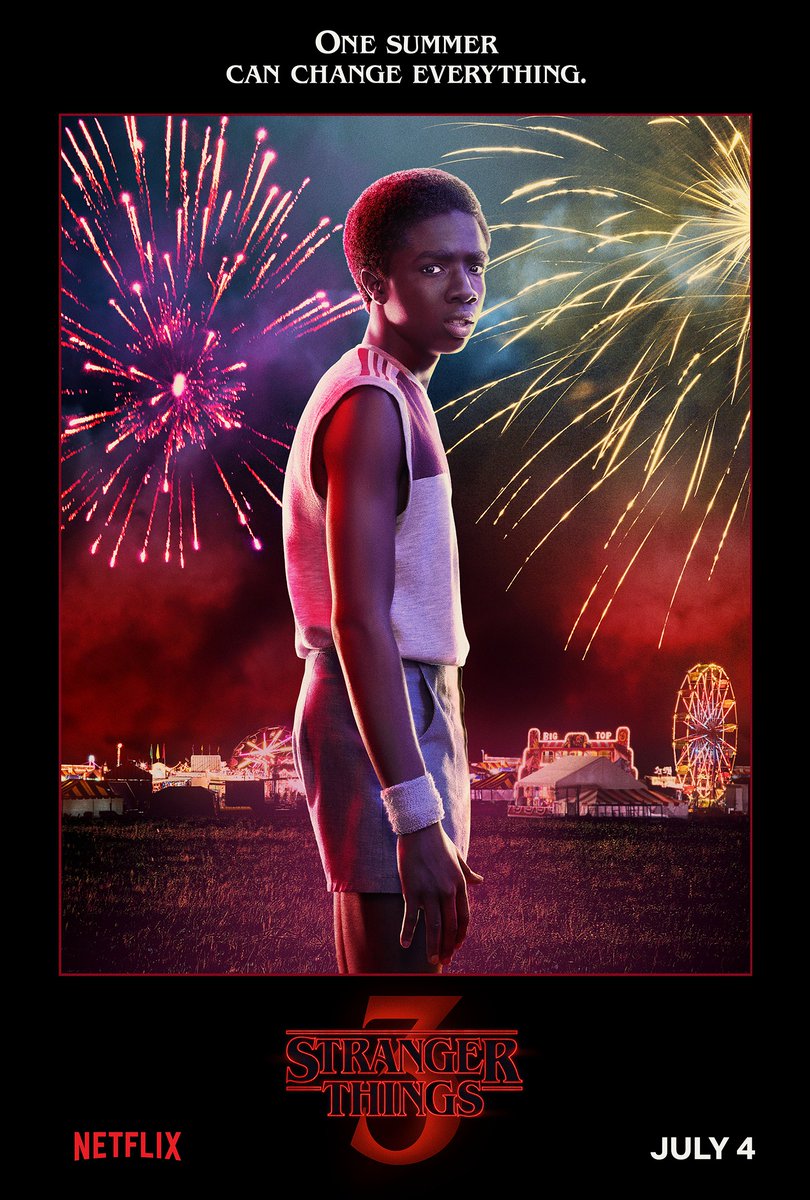 Mike Wheeler played by Finn Wolfhard is son of Karen and Ted, younger brother of Nancy, and one of three friends of Will Byers. He is an intelligent and conscientious student and is committed to his friends. He develops romantic feelings for Eleven 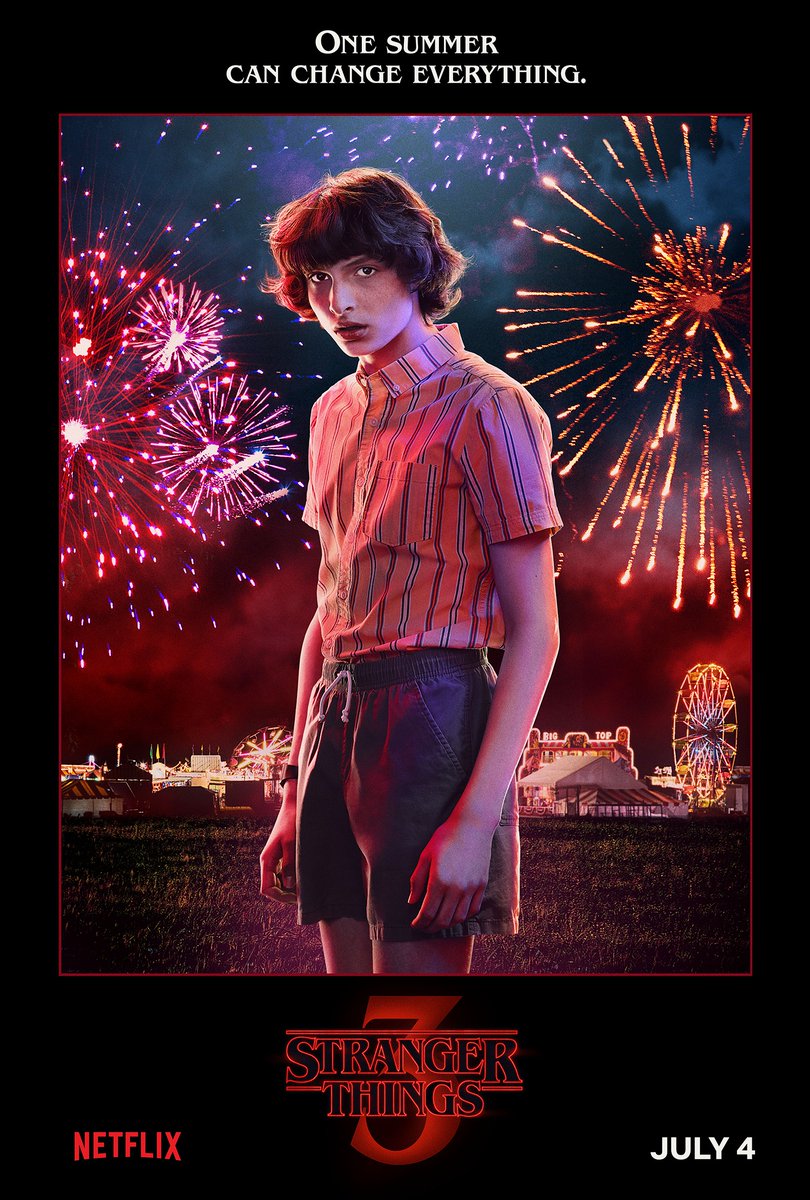 Dustin Henderson played by Gaten Matarazzo is one of Will’s friends. His cleidocranial dysplasia causes him to lisp. He befriends Steve Harrington in the second season 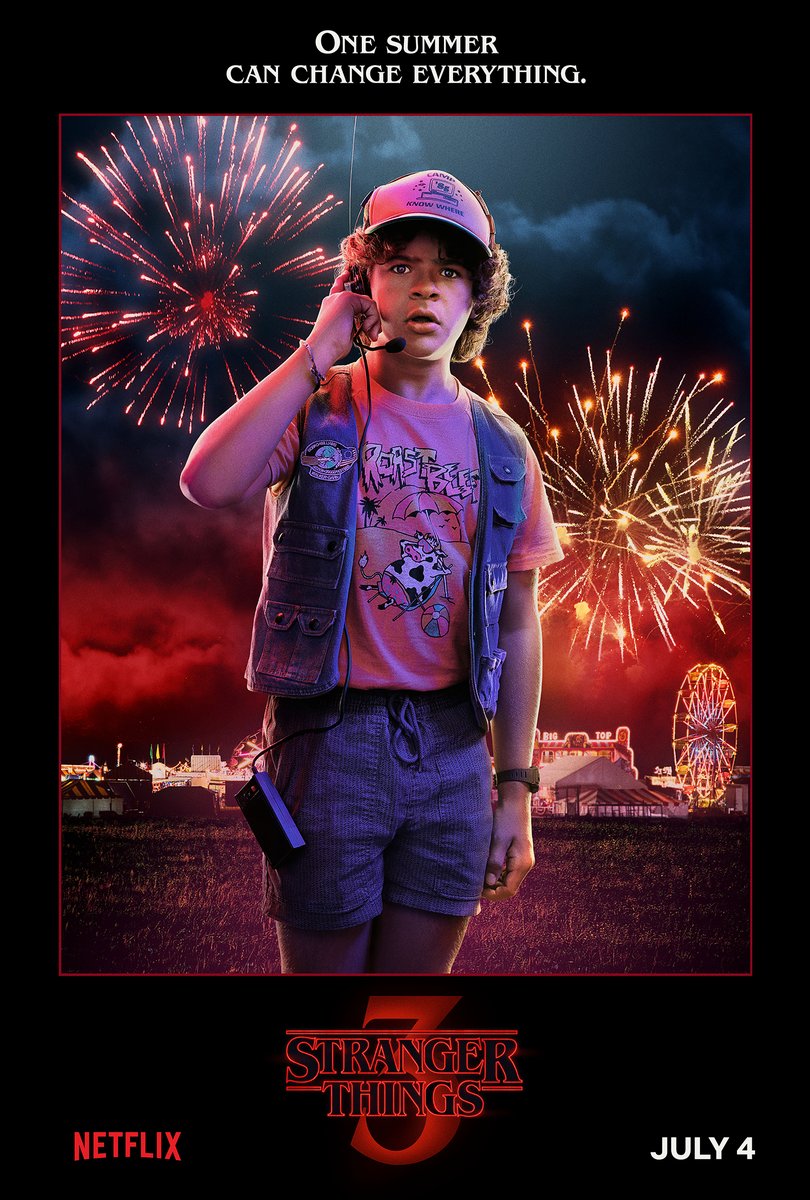 Jim Hopper played by David Harbour is the chief of Hawkins Police Department. Hopper divorced after his young daughter died of cancer, which caused him to lapse into alcoholism. Eventually, he grows to be more responsible, saving Joyce’s son as well as taking Eleven as his adopted daughter. 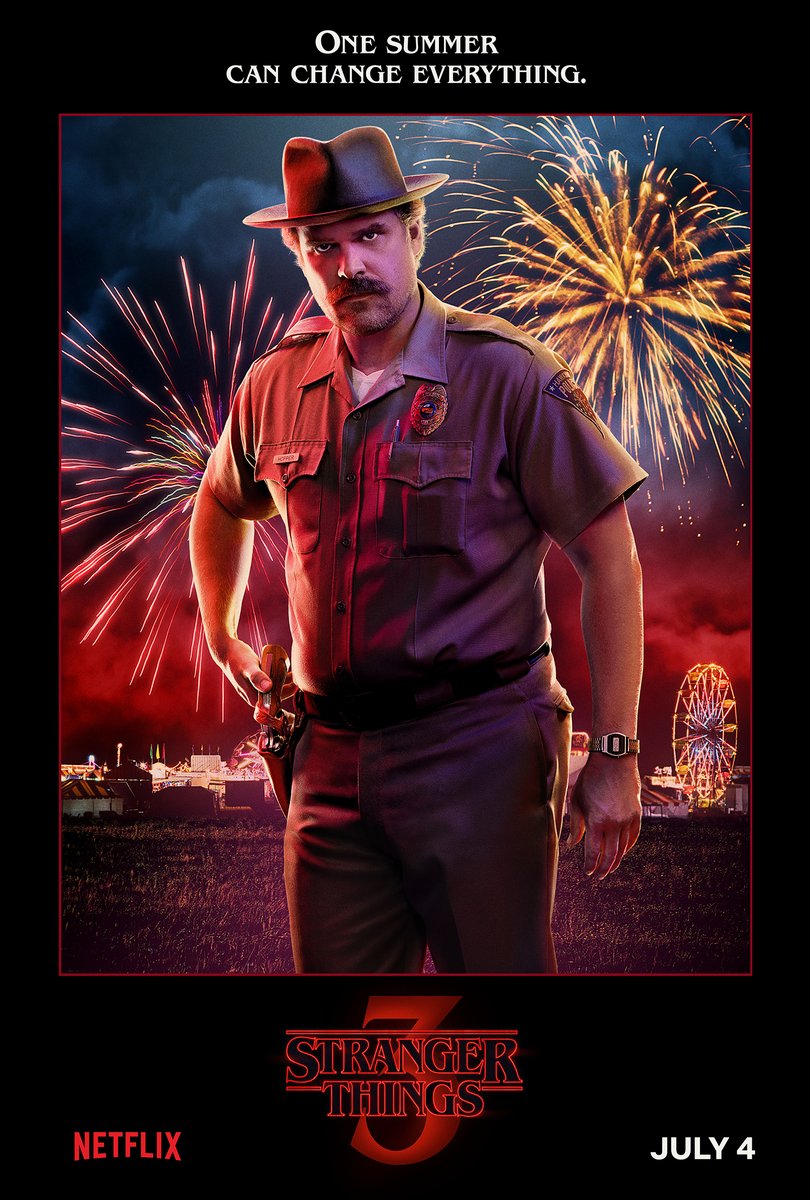 Maxine “Max” Mayfield / “Madmax” played by Sadie Sink) is Billy’s younger step-sister, and the tomboy of the group who catches the attention of both Lucas and Dustin 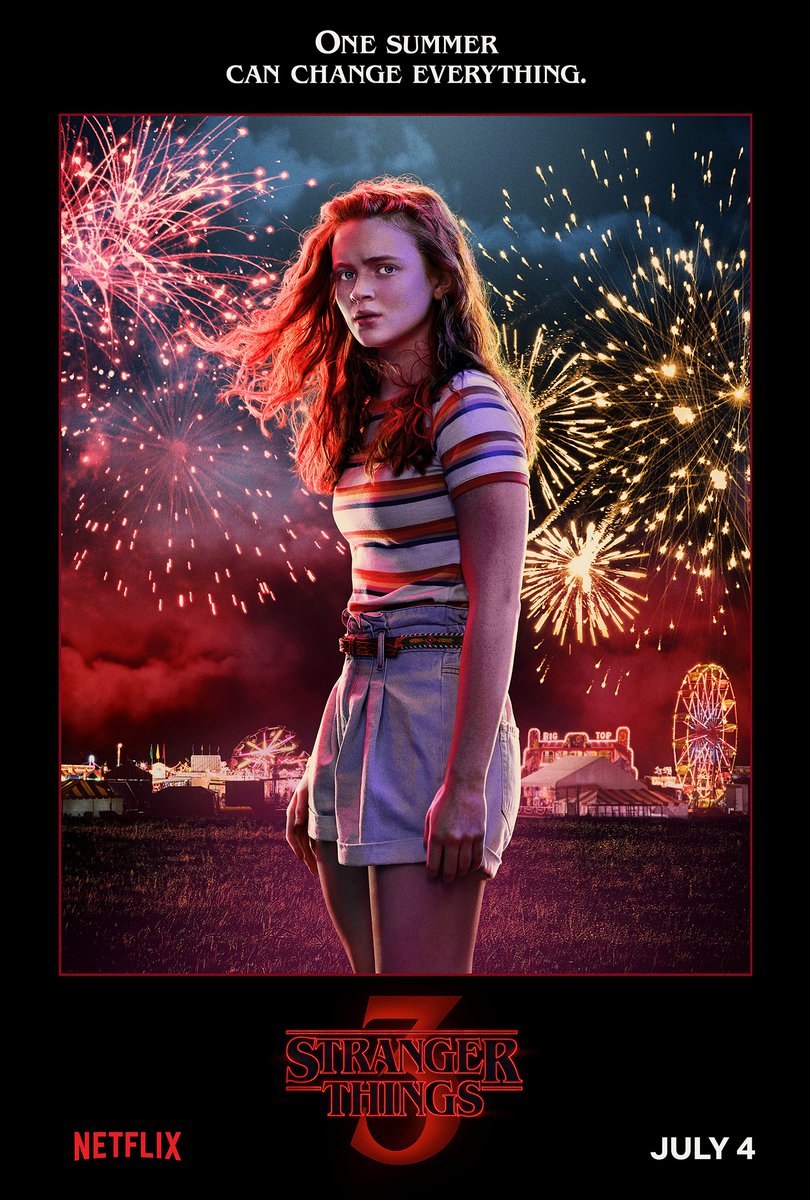 Steve Harrington played by Joe Keery, a popular high school student and the boyfriend of Nancy Wheeler. He ostracizes Jonathan Byers, but later comes to befriend him. He begins as Nancy’s boyfriend but breaks up with her in season two. 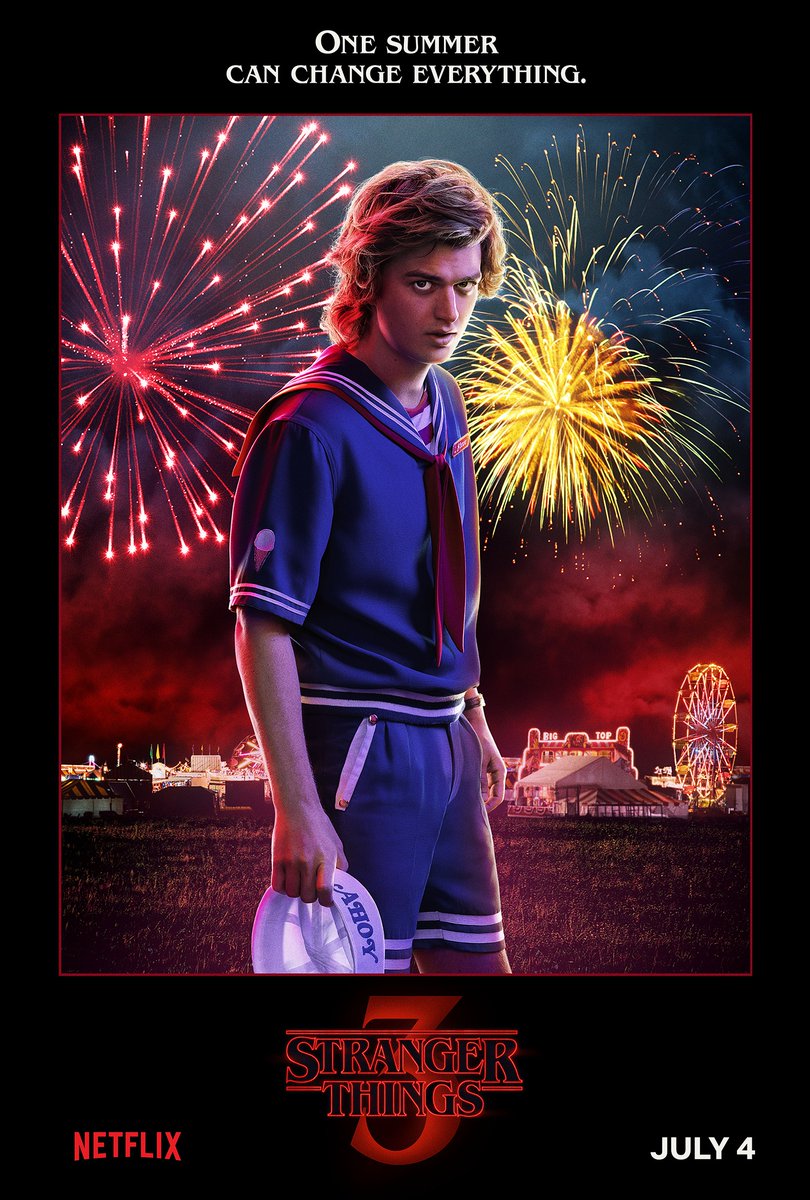 Season 3 will be available for streaming on July 4 exclusively on Netflix.