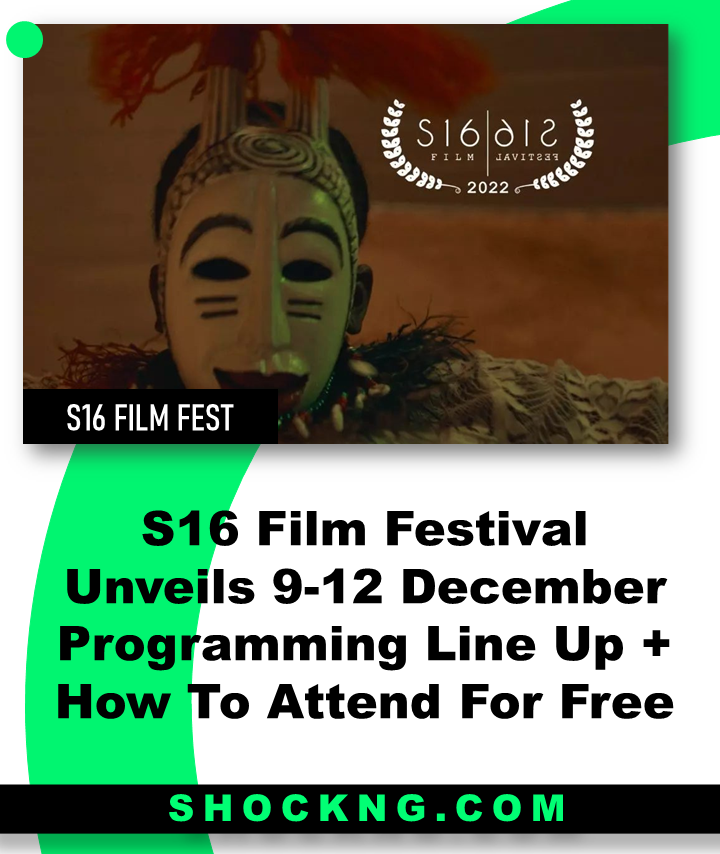 The S16 Film Festival (S16FF) will be returning for its second edition. This 2022 edition will be held from the 9th – the 12th of December at the historic Old Federal Government Printing Press in Lagos Island, Nigeria.

The Film Festival offers a lineup of classics of African cinema, special presentations of highly rated and anticipated projects, and exciting explorations of the surrealist themes that underpin the festival.

S16FF will be screening 14 films, comprising 10 short films and 4 feature-length films by directors from various African countries such as Nigeria, Ghana, South Africa, and Rwanda.

Here’s a breakdown of how activities that will take place.

On December 9th, the film festival will kick off with an exhibition dedicated to the legendary filmmaker, Tunde Kelani, between the hours of 5 pm and 9:30 pm.

This exhibition will consist of showing the memorabilia and items which were integral to the development of the filmmaker’s films over the years, and it will take place at Untitled @59, Raymond Njoku Street, Lagos.

This selection is in accordance with one of the film festival’s main objectives, which is celebrating technical excellence in the cinematic arts and the importance of knowledge and respect for cultural pioneers and practitioners who have pushed the arts forward.

On December 10th, the film screening Day 1, the opening feature film will be the classical Saworoide (1999) by Tunde Kelani.

The filmmaker will also be present to give a special introduction to his film and participate in a Q&A session after the screening.

On the third day of the film festival, the 11th of December, Ema Edosio’s feature film “Otiti” will hit the festival’s screen, after which “Seeking Aline”, “A Japa Tale”, “Ixora”, “Spirit” and “Jua Kai” will also screen.

The S16 Festival will end on the 12th of December with the seminal and award-winning “This is not a burial it’s a resurrection” by Lemohang Jeremiah Mosese. 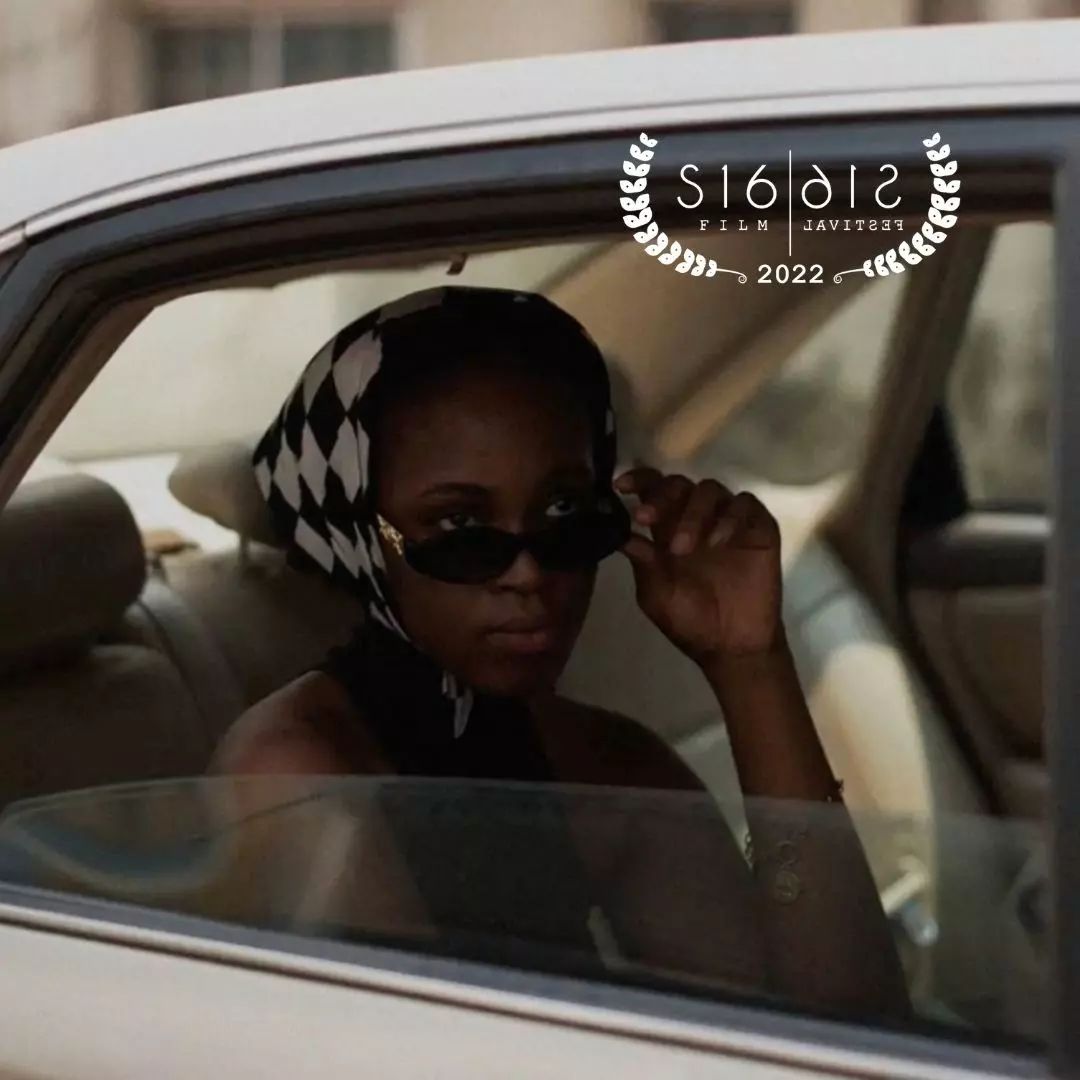 With homegrown film festivals like the S16 Film Festival, diverse opportunities become open for filmmakers to showcase their works to a community and network.

It is a great way to move the conversation forward as a community allowing people to explore different thoughts and ideas on art and issues. For filmmakers and artists, festivals offer a crucial community where they can find supporters and collaborators.

The S16 Film Festival (S16FF) is a platform established in 2021, designed to celebrate and spotlight the new wave of filmmakers at the forefront of the development of cinematic language in Africa and beyond. It is held every year in Lagos, Nigeria.

In 2021, the film festival’s maiden edition, twelve films were screened at the event including Amjad Abu Alala’s You Will Die At 20, Michael Omonua, Abba T. Makama and C.J “Fiery” Obasi’s Juju Stories and Tomisin Adepeju’s Appreciation.

How To Get Free Tickets

The S16 Film Festival is free but requires a reservation to attend. Kindly see the S16FF website to make a reservation – Click Here

SHOCK will be in attendance and share words, sights, highlights and much more that goes down at the film festival.

Let’s be friends on the gram @shockng so you don’t miss out. 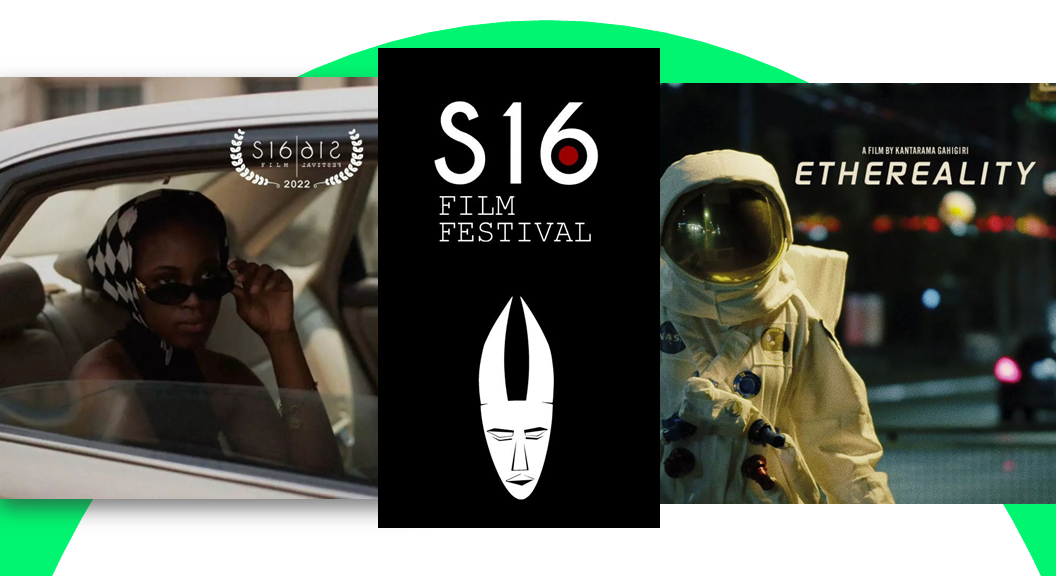 Can “Palava” Land A Sweet End To Inkblot’s 2022 Theatrical Run?