After a four-week theatrical run at the cinema, Passport hits the N70 million bar but drops 56% in its ticket sales – can the title still hit N100M? 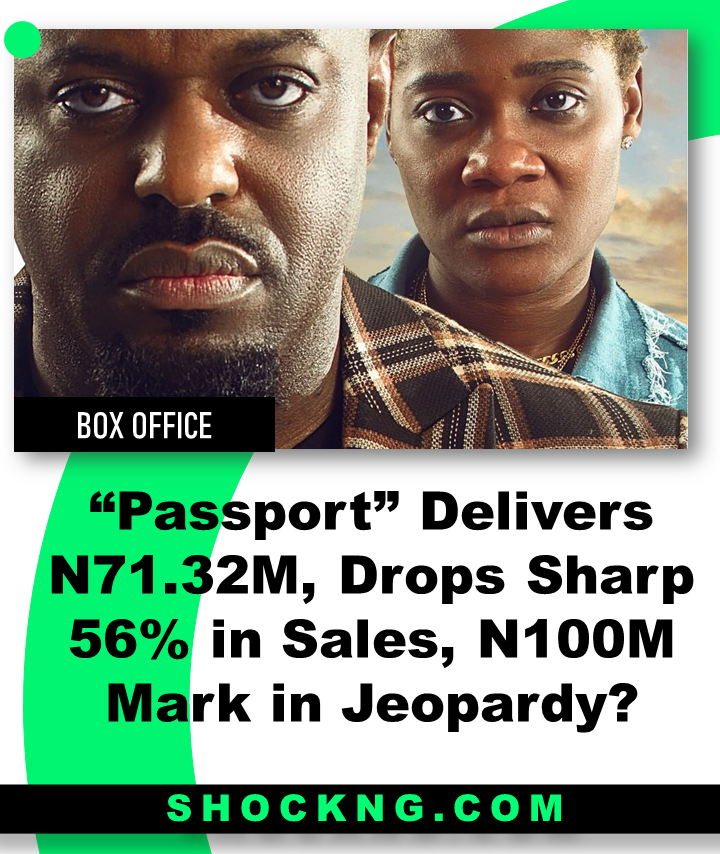 With a lead cast of Jim Iyke (Bad Comments), and Mercy Johnson (The Legend of Inikpi), Passport is the latest box office hit no one saw coming.

Produced by Vincent Okonkwo and directed by Dimeji Ajibola – the title follows the story of a young man who loses his passport and has to find it so that he can see his ailing mother.

Passport debuted at the Nigerian box office on the 2nd of September. Following its one-week stay in cinemas across Nigeria, the film made a ticket sale of N30.55 million.

This is after its weekend opening of N19.35 million. That week, the title ranked first at the Nigerian box office.

Retaining its spot as number one during its second week. That week, it made a weekly gross of N16.58 million to make a flash-cume revenue of N54.46 million (25% fall this week).

For its 3rd week, It went ahead to make N9.29 million. This was with a 43% fall. At this point, it was no longer ranking as the number one title because it had a major competitor, The Woman King, to deal with.

The movie drops by 56% on the weekend of its fourth week, making a single figure of N3.77 million. That weekend, it had another major competitor, Brotherhood, to battle with at the market.

At this point, it had not only dropped by 56%, but it had also dropped from its 2nd position to the 3rd position.

Ponzi tells the story of a mismatched group trying to pull an amateur heist after falling prey to a Ponzi scheme.

The movie was written by Joshua Obayan and Toluwani Obayan and directed by Kayode Kasum. It stars Timini Egbuson (Hey You), Zubby Michael (Omo Ghetto: The Saga), Uzoamaka Aniunoh (A Naija Christmas) and Mawuli Gavor (Sugar Rush), Brother Shaggi (Dwindle), and others.

The Wildflower, on the other hand, was written by Niyi Akinmolayan and Mannie Oiseomaye and directed by Biodun Stephen. It follows the story of three women living in the same compound, experiencing assault in different forms from their men. One of them later decides to revolt when she can no longer take the assault.

The movie stars Toyin Abraham (The Ghost and the Tout), Mojisola Adebanjo (Deja Vu), Imoh Eboh (The Razz Guy), and others.

The competition on the big screen is getting tough as we approach Q4.

As one title is displaced, another takes the spotlight from it.

Passport is currently battling for this spotlight with two other titles in tight competition.

Though the film has grossed over N70 million in its four weeks at the box, can it push the numbers up to N100 million before it takes a bow from the cinemas?

Stay Tracking the number with us 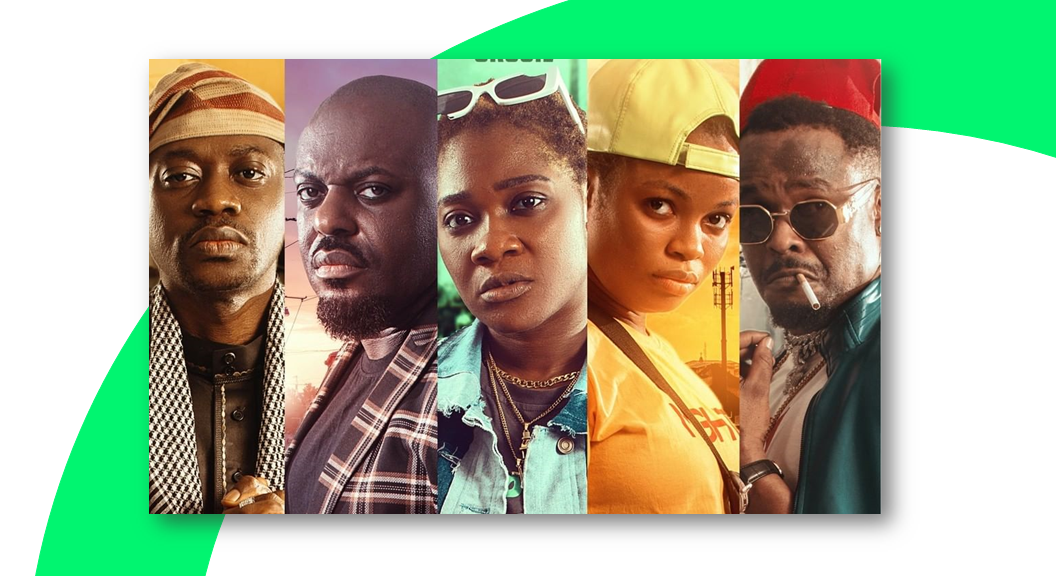 Celebrating Nigerian Talent; Everything you need to know about the +234 Connect festival