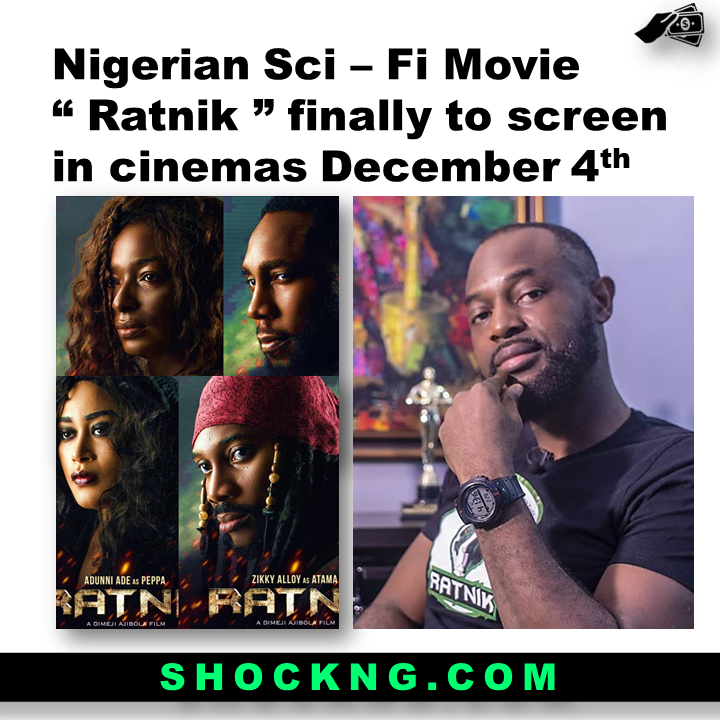 Early this year, we were hoping to see Ratnik, a sci-fi adventure movie written and directed by Dimeji Ajibola in theatres.

But no thanks to the pandemic the date was postponed till further notice.

Set in a remote Africa town during the early days of World War III: A brazen special trooper returns home from the war-front to find her only sister at the verge of becoming the undead due to the abuse of a certain chemical substance. The race to save her life begins a new kind of war where the most advanced war machine known to man is unveiled.

Catch The Latest Movie Posters for the feature film.

In a quick exclusive chat with flipside studios, the reason of why they are putting their foot forward in April was revealed to us

“After missing the November window, we felt the Easter period in April is another good time”

During a question and answer session at this event, Dimeji and the team shared that a lot of time, money and energy has been put into the realization of this film project

Being a sci-fi movie set in an apocalyptic era, the film comes with several unique art directions that are totally different from the norms in Nollywood.

As a matter of fact, some actors and crew members doubted the feasibility of actualizing such a movie requiring so much technical prowess in visual effects considering the level of skill set available at the time

As it stands, Ratnik will be up with fellow domestic titles like “Kambili, Nneka the Pretty serpent, Soldier Story Sequel and Omo Ghetto the Saga” all debuting on the big screens this December at the box office

How Social Media is Changing Auditions in Nollywood - Baaj Adebule

The Bitter, Sweet and Shocking Pill of AMVCA 2020