Before the Internet, if you wanted to be in a Nollywood movie 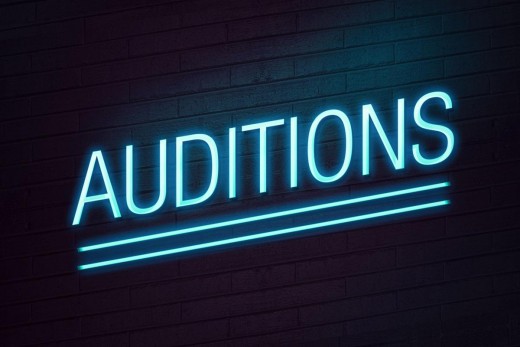 But today, that is changing. Filmmakers now desire talents that are either internet sensations or have a huge social media following

In this post, we go more in-depth with popular actor Baaj Adebule who has worked on several Nollywood projects before and after the arrival of this thing called Social Media

Hi, my name is Baaj Adebule. Actor, Filmmaker from Nigeria

You have been in the industry for a while now, is there growth?

We have been growing over the years in the film industry, but it’s a three-step forward, two steps backward kind of growth

So we are moving forward but at a very slow pace

Why did you say this?

As an actor, is it necessary to have a huge social media following to get roles?

Right now, it is not necessary but mandatory

But for me, it starts to get bad when they put the social media following first before the craft

which is “Not Act”

You just have to make sure you have a balance with getting an actor without much social media following and also a non-actor with huge social media presence which makes sure the project is not a let down on craft, ability or reach

Anytime I meet a young actor that asks me the question…

I always reply, work on your craft continuously, Every day!

Keep focusing on getting better

I don’t even think they watched the actual film

Does that mean filmmakers only judge based on what they see on social media??

Not exactly, but it plays a part because I definitely still know a lot of filmmakers that are very particular about seeing your showreel but they are very little

There are some that check out your Instagram, like what they see and then ask if you can come in for a reading or screen test just so that they are convinced that you can actually deliver

Did social media have any impact on your first breakthrough project??

Do you think auditions still hold these days for huge projects??

10 years ago it was a common practice

5 years it has reduced

Presently, it has drastically reduced

As time is going more forward. It is getting less popular

The internet has changed the landscaped of auditions, filmmakers these days can easily request for submission of monologue videos

The above scenarios have become more rampant as opposed to the good old days – where you go for several auditions, wait for callbacks and get called in for a screen test

That’s how my time was, but now it is not so much popular

What’s your take on filmmakers casting influencers for their major lead roles?

(laughs) err I don’t think I am in any position to weigh in on that, I have only done a couple of films, people who have actually done a body of work can start to judge or criticize filmmakers for their choices

I am very sure filmmakers have their reasons you know

Each filmmaker have a kind of films they want to make, they know the kind of audience they want to get across to

So to each his/her own

If I were to do my film, for the major roles that actually require actors, I will decide to cast actors

Then for the supporting roles, cameos and other roles that really don’t require actors – They could be played by someone that is funny or influencers and they have like one or two scenes which are not really important to the story but they just help to increase the good feeling about the movie

That’s how I will decide to go about it, because that’s how I want to make my film but if other people decide to do the other way round – to each their own, we are different people

It is established that actors need to build their social media following, what strategy can you share?

No one has really created a specific strategy yet

Everyone is still chopping and trying stuff out

make funny skits, put it up and hopefully people with large accounts will repost (I actually tried this one but I looked at the video and was like, nope – this is not me but it really works)

Showoff on the internet

Post fly and beautiful pictures yourself, respond to comments and stay interactive

Travel and Tell All

Travel to exotic places and tell the gram about. From day one of getting the tickets to the day you are back in Lagos traffic

Give us every detail – This works too (laughs)

This one I don’t support but hahaha it works PERFECTLY. No one is even going to judge for being completely ridiculous on the internet.

Clout chasing culture is really not that bad anymore. Everyone does it these days

If you are one of the lucky few who got projects that put them out there like me – Tinsel, Hush, battleground, a soldier’s story, Lekki wives and The men’s club, etc

Now if this is not happening for you, come up with a skit, travel to some beautiful place, put out pictures do whatever you can but don’t soil your name in the mud whilst try to blow up for roles

This was a good discussion, thank you for speaking with us

Thank you for reading this