Eagle wings directed by Paul Papel Apel did not soar high as it performed underwhelming with N4.10 Million in its first opening theatrical week. 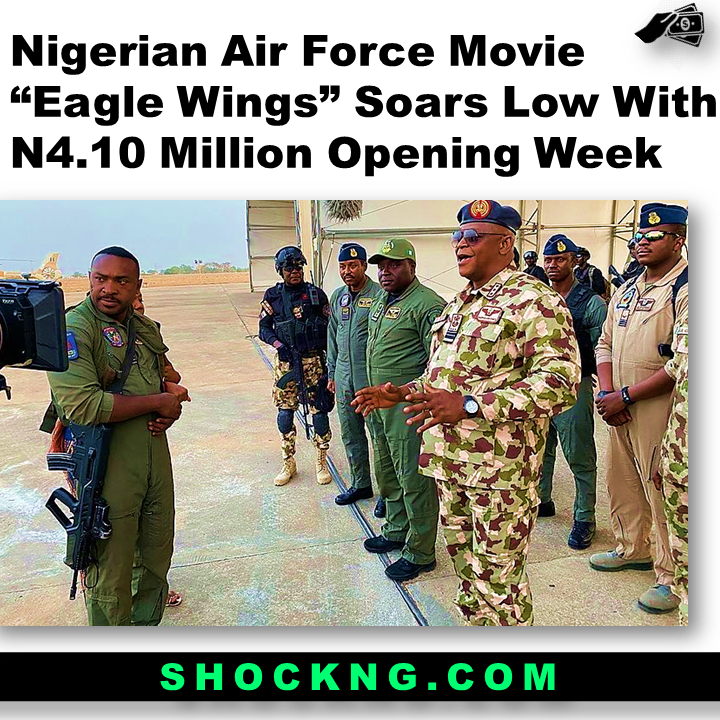 The title opened in 53 cinema locations across the country with blue pictures as its distributor.

For its first 3 days, N2.61 Million was realized in ticket sales

The first thing noticed about the marketing of this film is the unappealing poster.

For obvious reason, the design failed to register a good appearance.

A movie poster is more than just a poster, it is the first thing people see when they hear about a new film.

The poster is situated as a crucial tool in the promotion of the movie or its commercial success.

Since 1800’s it known as a very powerful and effective marketing technique that has the ability to create an early interest in watching a certain movie among audiences before it is released.

To that extent, whether the movie will be a commercial hit or not depends on this.

In our opinion, Eagle wings that proclaims itself as a big budget film product did not get this aspect right and this reflected in its box office earnings.

The first-time eagle wings on set pictures was released online, it gathered attention from movie goers who felt that Nollywood might finally have its own “top gun movie” but as time waned on the visuals coming from the studio wasn’t as exciting anymore.

Even though it made efforts to make noise via its social media account, that didn’t work out long term.

There was no synchronization between its cast, distributor and the audience the film would appeal to.

Nigerian movie goers are smart enough to discern what messages is being passed across to them on screen.

Would they see it as the truth is the ultimate question? I doubt that.

Yes, Eagle wings is a Nigerian government agenda vehicle but does that matter?

Funds were provided, Jobs were created for talents and equipment from the air force was utilized appropriately all in an effort to make this film seem realistic. And from reviews so far – it executed well.

Perhaps, there should more of these collaborations. defense organizations should be sought after so as to push the film industry to tell new stories and effectively make use of their defense systems on the big screens.

Hollywood does this so well and serves as massive PR for America and job recruitment into serving the country.

This approach can certainly be adopted and the effect long term will definitely be felt.

In a parallel universe, Eagle wings led with distinct creative military styling posters, told real gripping stories of war veterans and connected with the action-drama consumer that are tired on popcorn flicks.

The picture barely soared and we have this underwhelming box office numbers to show for it.

For now, our “top gun” movie hasn’t been realized but surely filmmaker papel apel has pushed the needle and commenced the trail. 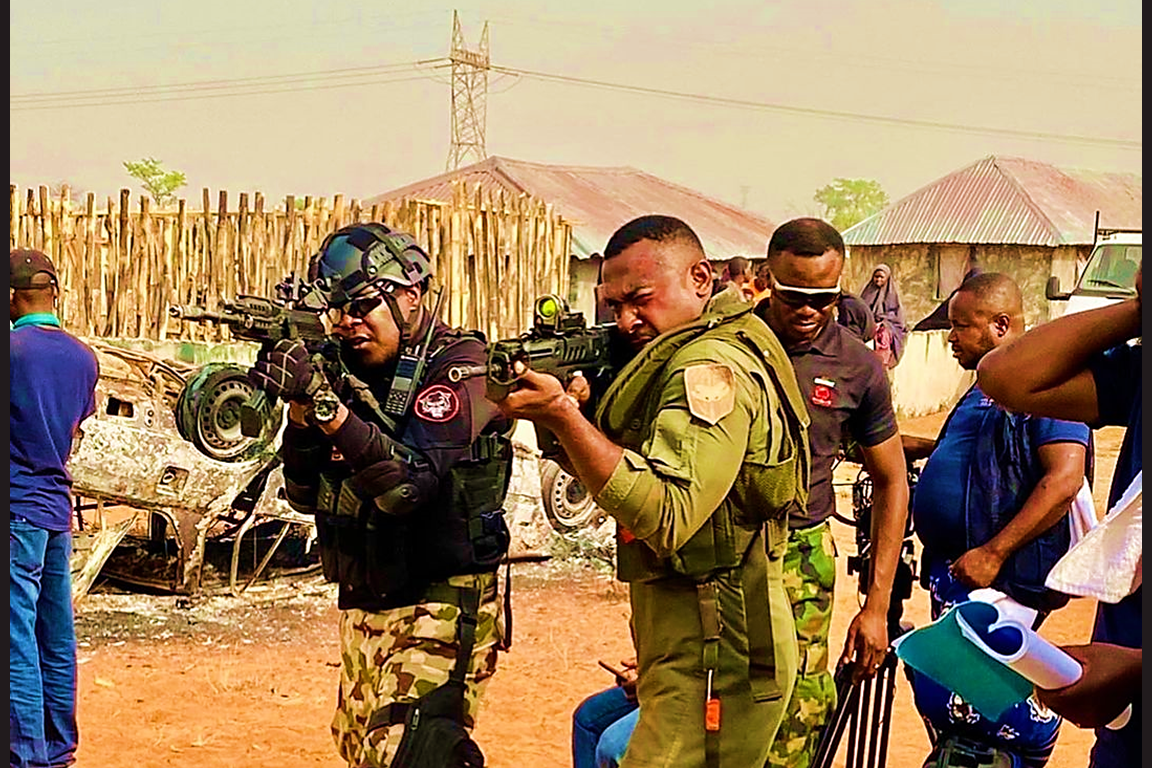