During the first half of 2022, Netflix in Africa released its slate of content from the sub-Saharan Africa region across multiple genres including the pan-African reality show Young, Famous & African, the South African action film Silverton Siege, the South African soapy drama series Savage Beauty. 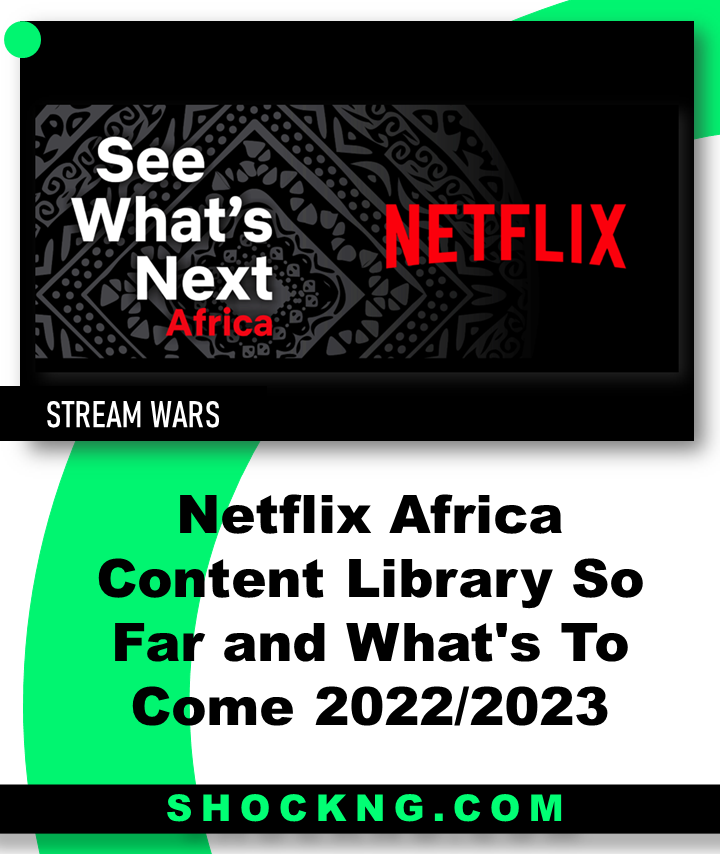 Overall, the response has been great with several of these titles landing on the Netflix weekly Global Top 10 lists which rank global and country lists for the most popular titles on our service, in addition to the Top 10 daily product rows on Netflix.

At the event, Netflix previewed a diverse range of best-in-class exciting African content through exclusive promo reels and images. 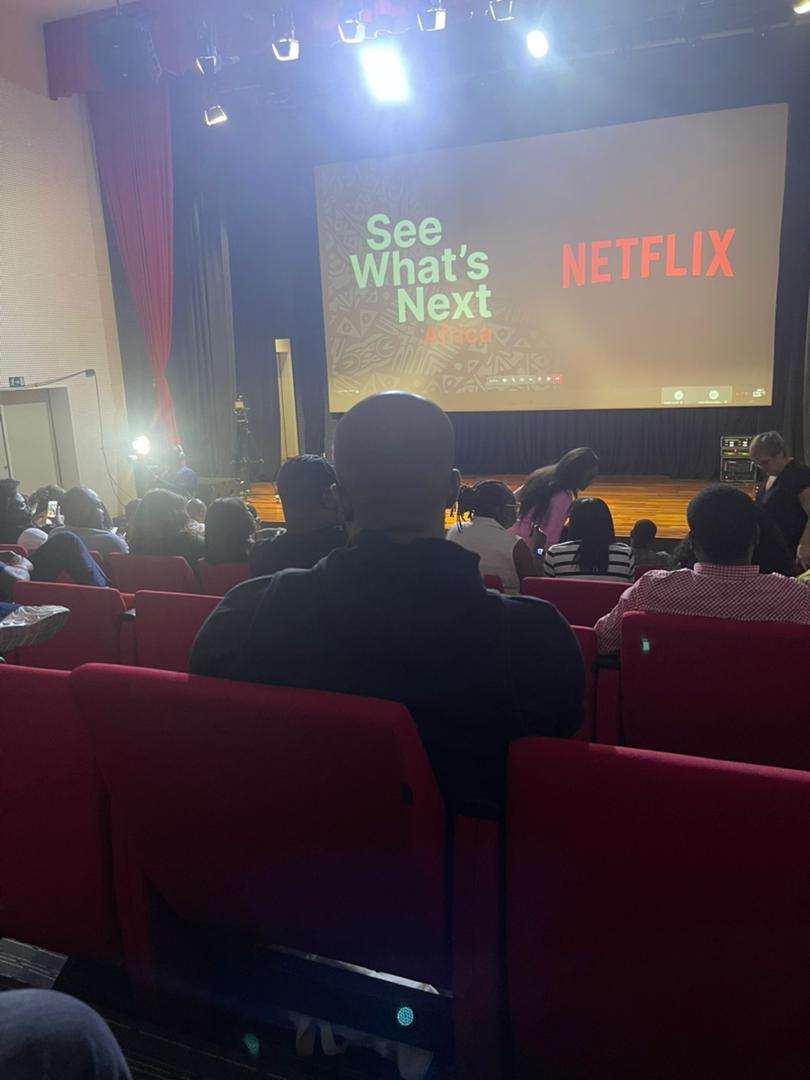 The Brave Ones (ZA) -From the one and only Akin Omotoso, this supernatural drama series is set in modern-day South Africa and is inspired by African folklore. The Brave Ones launches on the 16th of September 2022 – more details about this exciting series will be released in the next coming days. The series was created by renowned film director, writer and actor Akin Omotoso, and features Sthandile Nkosi, Sthandiwe Kgoroge, Bonko Khoza and Tony Kgoroge. More details about the series to follow shortly.

Kings of Queenstown (ZA) – Kings of Queenstown tells the tale of a young soccer prodigy who must deal with his washed-up pro-footballer father while navigating some difficult choices. The series launches on the 4th of  November and stars Zolisa Xaluva and is directed by prolific South African director  Jahmil XT Quebeka whose films, Knuckle City, Sew the Winter to My Skin and Of Good Report will also be available on Netflix later this year

Earlier this year at the 4th South African Investment Conference, Netflix pledged an investment commitment of over ZAR920 Million across 4 productions in South Africa for 2022-2023.

The four productions included One Piece – a global live-action series currently being filmed at the Cape Town Film Studios, as well as two series which Netflix shared the launch dates at the content showcase: the highly anticipated series Blood & Water (ZA) making a season 3 return in November while How to Ruin Christmas: The Baby Shower  (ZA) will premiere on 16 December.

The fourth title in this investment revealed at the showcase event is the sequel of a much-loved South African film iNumber Number. iNumber Number: Fool’s Gold (ZA) is directed by Donovan Marsh (Hunter Killer, I am All Girls) and will see S’Dumo Mtshali and Presley Chweneyagae reprise their roles as buddy cops – this time, they’re tasked with cracking the biggest gold heist in African history. More details on this high-octane film will be shared closer to the launch date in 2023.

Netflix also reaffirmed its commitment to reality by confirming the return of Young Famous and African (pan-Africa) which will start production soon to showcase some of Africa’s biggest stars as they go about their everyday fabulous lives. Look out for more details about the cast at a later date.

Elesin Oba, The King’s Horseman (NG) – Based on the lauded play by Nobel laureate Wole Soyinka -Death and The King’s Horseman – this film, produced by Mo Abudu and her EbonyLife production company explores the collision between Yoruba traditions and British colonialism through the experience of a king’s horseman on the most important day of his life.

The film, which will make its world premiere at the upcoming Toronto International Film Festival (TIFF) on September 10 – will launch on the service on November 4, 2022.

The screen adaptation was written and directed by Biyi Bandele and stars Odunlade Adekola, Shaffy Bello and acclaimed musician Olawale ‘Brymo’ Olofooro as the Praise Singer.

Anikulapo (NG): Anikulapo – which formed part of the Netflix multi-title agreement with Kunle Afolayan – is a one-of-a-kind mystical folklore drama revolving around the life of Saro, a young zealous man seeking greener pasture in the great Oyo Kingdom. However, unfolding events and his illicit affair with the king’s wife, Arolake lead to his untimely death and encounter with Akala, a mystical bird believed to give and take life. The film is directed by Kunle Afolayan and features Kunle Remi, Sola Sobowale, Aisha Lawal, Bimbo Ademoye, Debo Adedayo (Mr Macaroni) and Dele Odule. The film will launch on  30 September.

Netflix has also invested in a wide variety of licensed films and series that will make their debut on Netflix this year. These include:

Office Invasion (ZA, 10 August): Three friends believe their lives can’t get any worse after the mining company they work for is taken over by the owner’s degenerate son. That is until the mine is targeted by a monstrous band of aliens looking to plunder the mine and exterminate all of its staff. A Sci-fi comedy feature directed by Gareth Crocker and Fred Wolmarans

Lockdown (NG, 5 August): After a mysterious new virus enters the country, a group of unsuspecting citizens find themselves locked inside a hospital together for an isolation period of 21 days. But the deadly virus isn’t the only thing to fear, as tensions run high both inside and outside the hospital.

The Razz Guy (NG, 12 August): While preparing for an important business deal, an arrogant executive loses control of his voice after being cursed by an office cleaner.

Wild is The Wind (ZA, 28 October): In a small racially segregated town, a corrupt cop struggles to take responsibility for his part in the wrongful arrest of a black teenager charged for the brutal murder of a young Afrikaans girl. Crime drama directed by Fabian Medea and stars Mothusi Magano.

Disconnect 2  (KE, December): The sequel of a well-loved story about a  self-centred Otis who falls victim to a wedding scam, months after volunteering to organise a destination wedding for his Nigerian investor buddy, who will arrive with the wedding party in two days, so he desperately enlists the help of a reluctant TK and friends. Produced and directed by David ‘Tosh’ Gitonga who will also have two more stories, a film Nairobi Half Life and a series Volume launching on the service in due course (dates to be confirmed at a later date).

To further delight fans of Nigerian stories, Netflix is bringing back 31 fan-favourite films from Nigeria which will be launched every day throughout the month of August.

The films making their return to the service include The Ghost and the Tout, Merry Men: The Real Yoruba Demons, Elevator Baby, The Set-Up, Love Is War, Sugar Rush, Up North, Nimbe, Merry Men 2: Another Mission, Coming from Insanity, The Vendor, The Wedding Party 2: Destination Dubai, Lara and the Beat, Living in Bondage: Breaking Free, 4th Republic, Lagos Real Fake Life, Anchor Baby, Light in the Dark, It’s Her Day, Hire a Woman, Alakada Reloaded, Nigerian Prince, Black Rose, Moms at War, The Delivery Boy, New Money, Seven and a half dates, The Millions, Last Flight to Abuja, Couple of Days and Payday 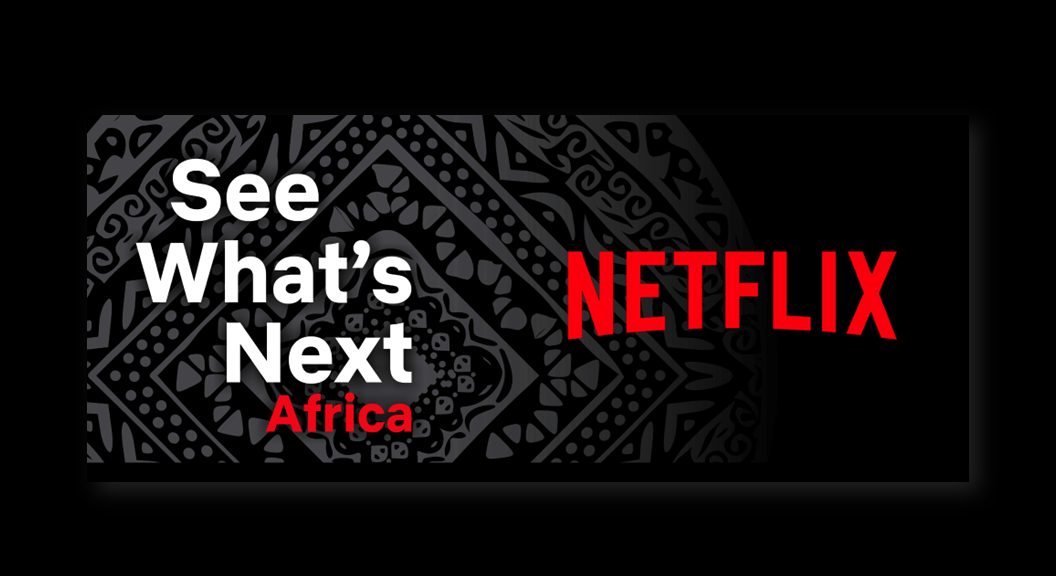