Welcome, The second part interview with Chinaza Onuzo continues below 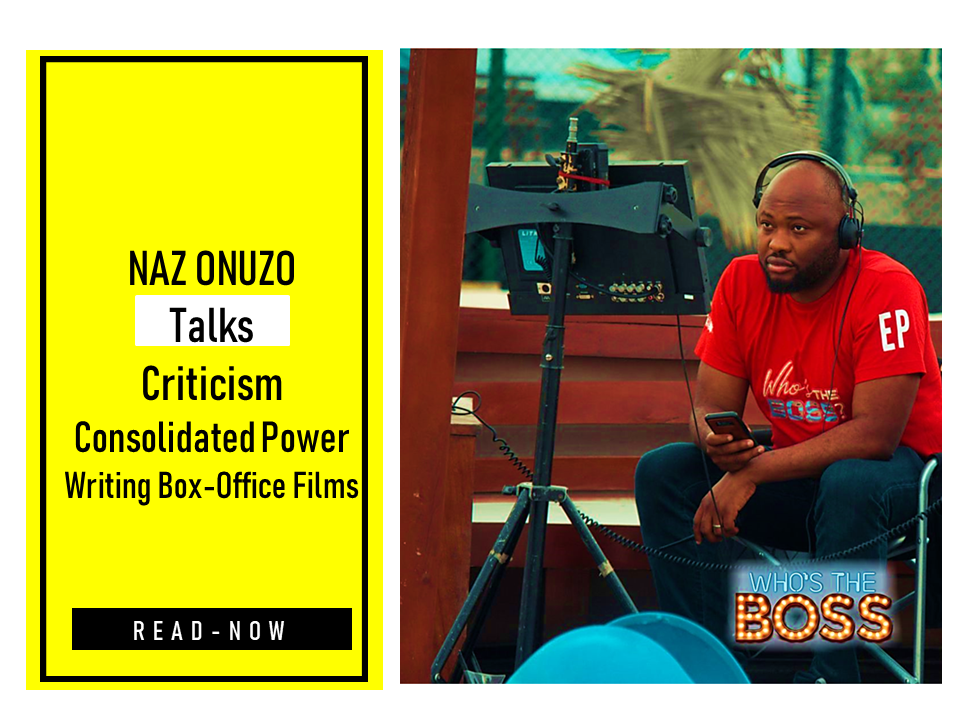 Are you against Nollywood Criticism?

On my first project, Knock Knock (Web series) which was hosted on a Popular Blog

A comment said – The Writer Needs to be Shot Dead

I was the writer

Criticism is part of filmmaking

It’s part of the business. Anytime you put out your work, you are going to be criticized

Learning to handle it is difficult  – you can either succeed at this or not.

Nobody should expect that you put out work and believe every viewer will like it, even Jesus had his critics’ as they say right?

The Wedding Party 2 had the most mixed reviews of all my projects and it’s fine. I have made the film I
want to make but I can’t control the audience’s reaction

Criticize, say what you want, but the need to say to the creator: “come and agree that you did bad work” is odd to me

The other weird example is when a famous American watched Chief Daddy and really liked it, then some people went to her mentions and basically say How dare you like the film??

Your opinions is yours and sacrosanct to you, if others engage, fine but to demand that filmmakers agree with you…No

In my view – criticism is taste. I like what you like, you are the critic that I trust as opposed to the fact
that you are a critic and so, therefore, you are automatically right

None of these things is absolute; I always say that a film is good or bad in that how it made you feel at the moment

I created the film for audiences and yes I will take in feedback but the demand that I must take yours – bros why?

We are all learning and trying to get better

Let’s all relax Las Las we will be fine

You have been writing films since 2013; tell me what you have noticed as regards writing for the box office?

There is no guaranteed formula. When you decide to make a film, it won’t come out at best 6 months –
normally almost a year – so what you think sells when you start writing your script may be completely different by the time you release

What you need to do is to write for yourself but of course, there are the things that make a story you want to tell more commercial

But my advice is – broadly whatever story you want to tell, ask yourself what is the best way to get
audience engagement

You can make it the most commercial version by putting in the elements of
drama and peril and present it in a manner that makes the audiences want to see your film.

You have to up the stakes but note, the drivers of that are not the same for every film

And of course, you have to figure out the biggest star you can afford for the project because, to be honest, we are still in a relatively star-driven environment

Make the film you want to make but figure out how to sell the hell out of it, Market it as much as you
can

Every film has an audience. Other people feel differently but that’s my view

In terms of Guild formation in the film industry, why do you think it is failing?

Most guilds in America negotiated agreements with the studios (not everyone but the big ones):
Warner Bros, fox, universal, etc.

Most Talents in Hollywood are not in guilds, you are not required to be in the guild to work but if you
want to work for Warner Bros and the major studios, you almost have to be in the guild, that’s the deal that they did

The guilds also collected all the top talents and say to them – we will negotiate better for you,
negotiate a better working environment, get you health care, etc

There was clear value to the writers, directors, talents to join these guilds because it benefitted them also

Now remember that these deals happened because there were only big studios to
negotiate with in the first place.

Here in Nigeria, there are no big studios to negotiate with – we are all independents, our Market evolved differently from theirs

When you study an industry like India, there are guilds but
they are not really strong because they also came up with the same independent model as us

When you have consolidated power in the hands of the demand for your labor, you the supplier of labor can
bind together and enforce commitment

But If there are a thousand producers, you can’t sign an agreement with a thousand people. it doesn’t work

That’s why you can’t enforce things like “oh you producer must work with talent that is a member of this
guild” because the guild themselves cannot sign up every producer. It doesn’t work that way

The talent can do that and even threaten to withdraw their services from producers who don’t comply
but the tricky thing there is, there has to be an incentive for them to do that because they are leaving
money on the table

The industry will develop one way or the other depending on how big it gets but where we are now
nobody can compel that kind of behavior because there is nobody big enough on the demand side or the supply side.

It’s all economics at the end of the day

How did you get the idea for who’s the boss?

Then I thought of Women Bosses!

Bringing that here to my environment, I asked myself would a woman based in Nigeria pretend to be a man to succeed?

Fine-tuning the idea, I made it a coming of age story but with a twist of letting her boss be a woman instead of a man (it would have been cliché doing it vice versa)

With that, we knew Funke will be perfect for that boss role and we brought her in

I wrote the script, my partners liked it and then we moved to full casting and we are very happy with the way the project is turning out so far

How did you prepare for your first time directing and your experience on set?

The directing experience part was fun

The advantage I also have that most people don’t have is I have worked with a lot of directors –Kemi, Niyi, Omoni, Tope

Not only me seeing their intention verbally but I see as they bring those intentions to life with the
staging, crew, and talent

Understanding their approach is one key way I learned and found my voice.

Seeing them do stuff on set, I have learned something from every one of them

What would have to happen for you to quit Nollywood ??

What we say is that this thing has to be in your blood. Someone I know closely calls it Nollywood willy willy

Literally, It gets its hook into you and becomes an addiction; which I think is too strong a word
Some people do say “oh it makes you famous”, “it makes you rich” but “really are we famous??” “Are we that rich??”

The Fundamental driver is you have to love it, wake up and always have thoughts on what movie can I
make today?

Figure out how to make something that will get you noticed. You are always a potential until you
execute, the faster you can show that you can execute the shorter the distance between you and your dreams

There is always something you can make. Figure it out and execute

What’s the wrong assertion people have about you?
There are many but I will share this one

When I come for red carpet and premiere, I am usually seen as this quiet guy, (Laughs) I am not

How do you Relax?

This will be weird

So Game Of Thrones, big fan of the book – but the landing was whatever. They did not get that well

The L-word – this show broadened my mind in ways that challenged the concept of what’s possible.

These shows make you feel: the thing that happens to the character feels like it’s happening to you

That I didn’t make obviously

Nah, I will put you on the spot!

King of Boys. I have seen it three times

What’s that one thing you know people will like about who’s the boss?

Funke playing a bad boss and blossom playing a cocky bastard!
Audiences will enjoy the heck out of this film

Thank you for speaking with us

Who’s the boss in cinemas 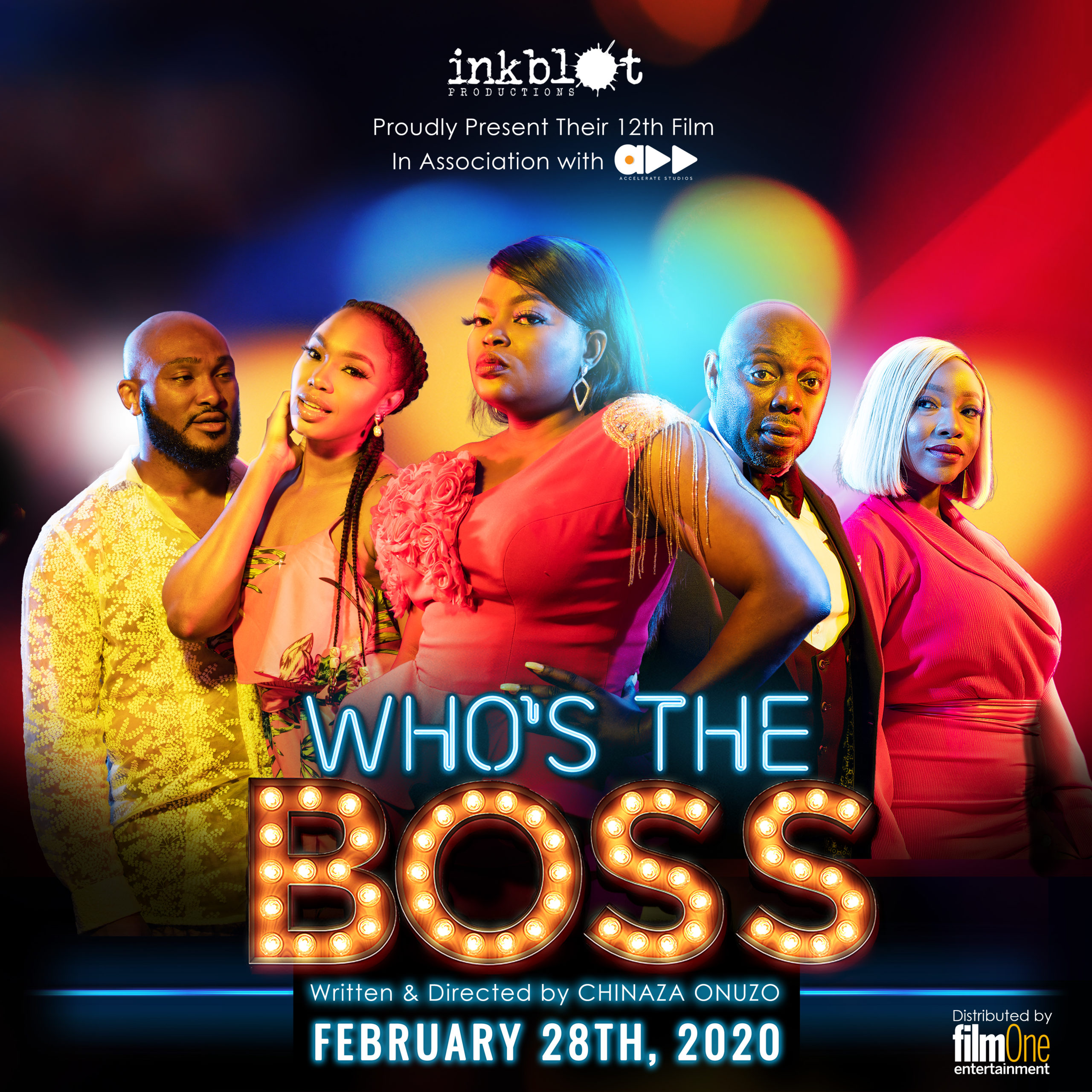 How Big is The Cinema Animation Audience in Nigeria?