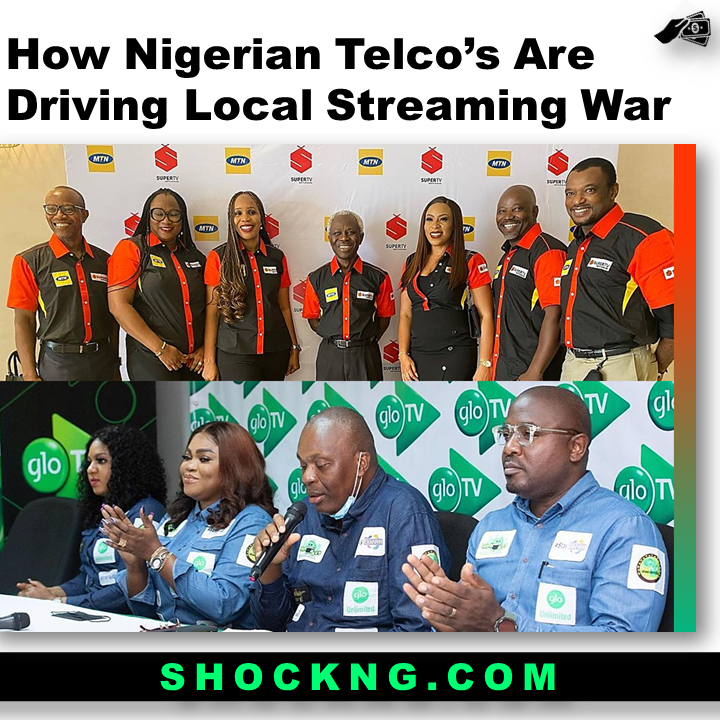 Network providers have launched standalone apps on play stores for consumers to stream both local and foreign content.

Three out of the four major operators have begun licensing content, partnering with TV Stations, content providers and launched campaigns into the market to battle for streaming subscribers.

With this event shaping out a local streaming war, it is clear that a huge market of mobile consumers who want on-the-go entertainment are now targeted as customers.

As at January 2021, a data report reveals Nigeria has 104.4 million users who are on the internet.

For a simple breakdown, there is a group of telecom users with smartphones that can afford to buy data from their operators and have digital identities on the web.

The rise of cheap data bundles and affordable mobile tech has aided this. Year on year, this numbers increases by more than 15%

With this astronomical growth, it is clear that wealth must be unlocked from this viable TAM – Total addressable market

And for a revenue roadmap to be set, the following questions has to be answered – how are they spending their data? what do they seek online? Where do they hangout?

Telecom Executives have found an answer – Video on Demand

Users want to be entertained.

They hang out where they can be entertained.

A combination of this assumed insights sees the need for a streaming app to be built.

The app would have a content library and a paywall as a form of monetization.

The different Telecoms company that has launched a streaming app has adopted different means of go to market strategy.

Here is what we have observed so far.

Glo TV – Debut on August 24th with a free plan till Sept 30. and later a Toni Tones ad was released during the pre KOB series release.

Catchphrase: Your Front row seat to the very best of TV

Super TV (MTN) – Originally launched with 9Mobile back in 2019, the super tv app has now cross carpeted to have an MTN Partnership.

This time a strategic partnerships was revealed with Film one, AMC and Viacom CBS Network Africa: who all licensed Catalogues/TV channels under their belts to the platform.

This move gave the app a familiar content pipeline to kick off and land its #ZeroData campaign – users don’t need an active internet to stream video content on the go.

Catchphrase: Watch TV and not your Data

Airtel TV – Users who download the app have access to free and premium content.  The latter is paid by airtime credit for as low as N200

SVOD: Subscription video on Demand on Super TV has the following deals

Lowest Deal: Dubbed as Silver Bouquet. Users for as low as N200 get 5 hours of streaming old and some new titles. Zero data needed. No Live TV.

Cinemart : Pay as low as N300 and N550 to rent the latest Nollywood and Hollywood titles after theatrical run. Access Expires after 5 hours. Data is Needed.

A la carte: Live TV Subscription including premium sporting events for as low as N450. Data is Needed 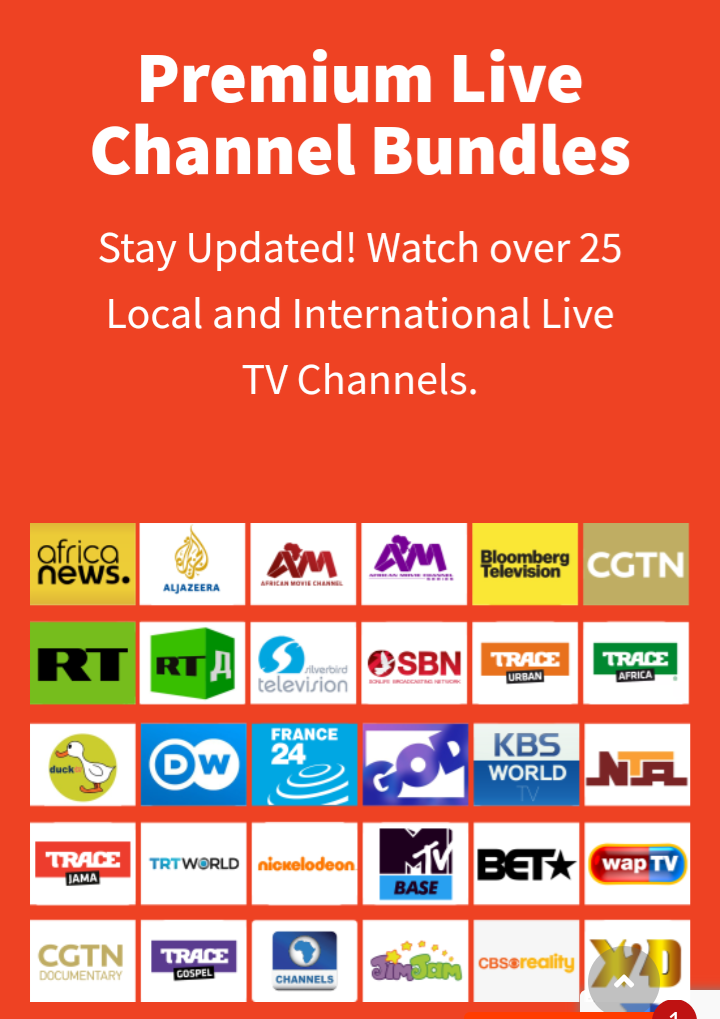 How does Nollywood Creators Benefit?

Media companies that have aggregated content will again benefit from these new deals.

With zero structure on ground for the Nollywood industry – the chaos to monetize compounds.

Indie filmmakers will have to start going individually to submit and might end up getting bad deals.

Showmax, Netflix, Amazon and soon HBO max have setup base of operations in Nigeria. Licensing of cinema titles, scouting of talent and original commissioning are on underway.

This are international streaming brands that have access to global talent, an arsenal of hit shows + a bucket load of money.

Definitely, this gives them an edge but would it be enough to go against the rise of local streaming apps made by Glo, Mtn and AIRTEL who have a deep understanding of the average Nigerian internet user.

Yes, you might argue that the customer persona of each streaming app or their product offerings is different, but really, they are all still the same – on demand video platforms fighting for a viable chunk of the market share.

Nigeria is one of largest telecoms markets in Africa with more 192 million active users.

MTN takes up most of this market share with 71.5 million customers, Airtel has 50.7 million users

But forget all of this figures.

What matters is how this new method of customer adoption works.

As industry observers, we’ll be traveling through this wave to see what treasures will be discovered. 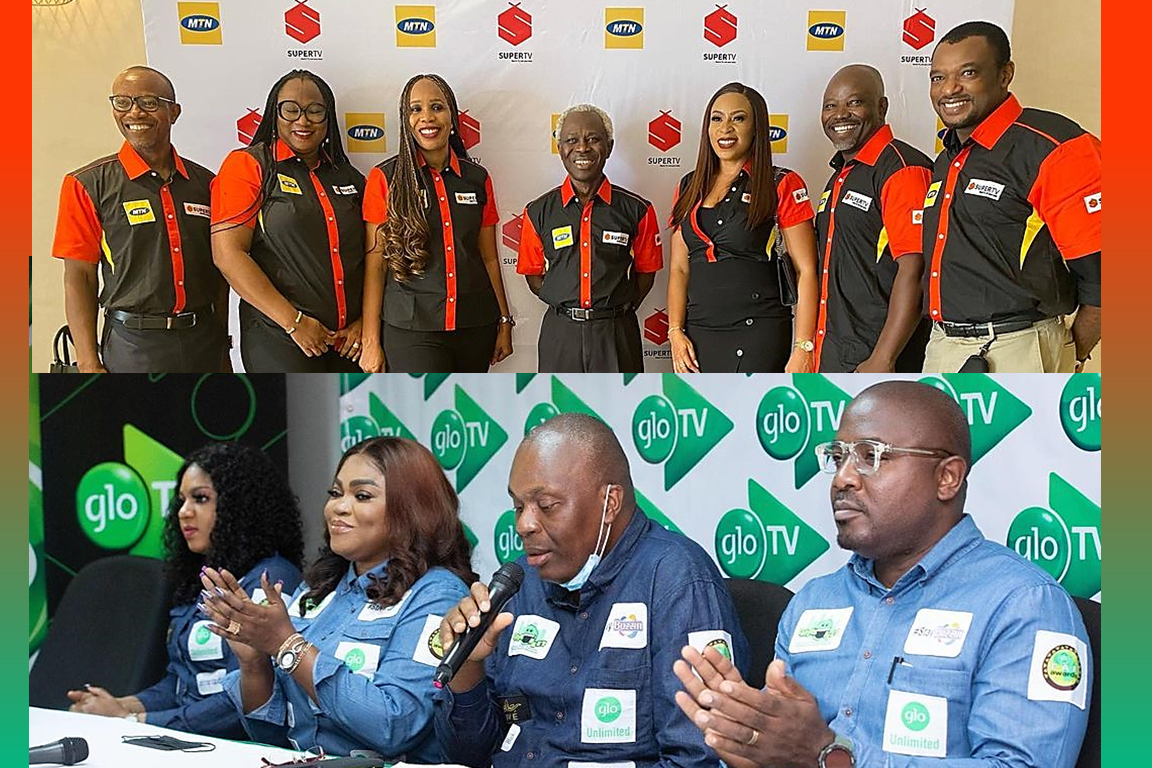 Box Office: Can Anthill Studio Make A Hit Out Of PTC?