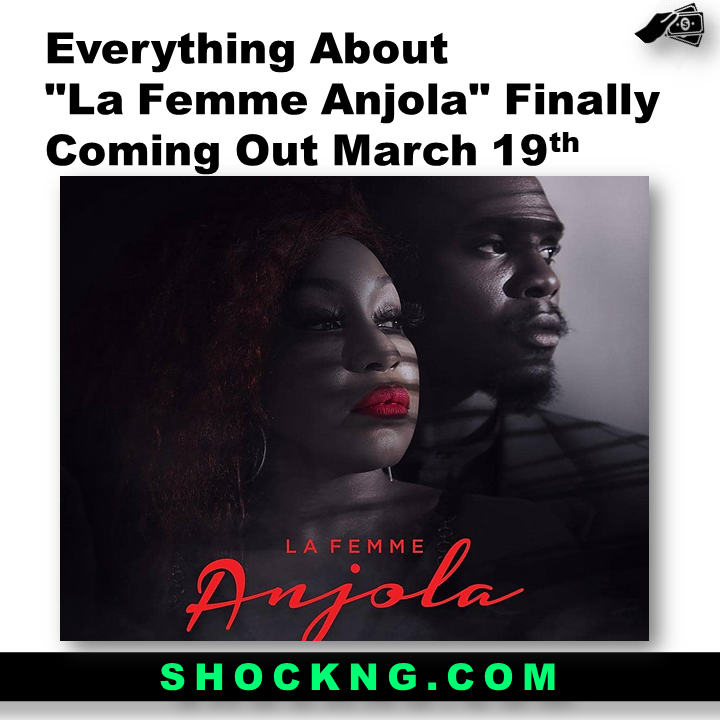 “La femme Anjola” (the woman Anjola) is a neo-noir crime thriller about a young male stockbroker whose life is turned upside down when he falls in love with the wife of a wealthy gangster.

The feature with a set date for march 19th was written by Tunde Babalola and directed by Mildred Okwo.

The photograph taken by August Udoh features Dominic in character as the titular femme fatale alongside actor/singer Nonso Bassey as Dejare the young man who gets sucked into her orbit.

Chiaroscuro lighting is deployed with window bars crossing the face of the characters, insinuating that the couple is trapped within their circumstances. The buzz is certainly in the air and here is the attention grabbing trailer. watch now

Where can i watch the film?

Starting from March 19th, La Femme Anjola will be in a cinemas near you.