The Marvel Cinematic Universe won’t be the same after Doctor Strange in the Multiverse of Madness and here is an updated fan guide. 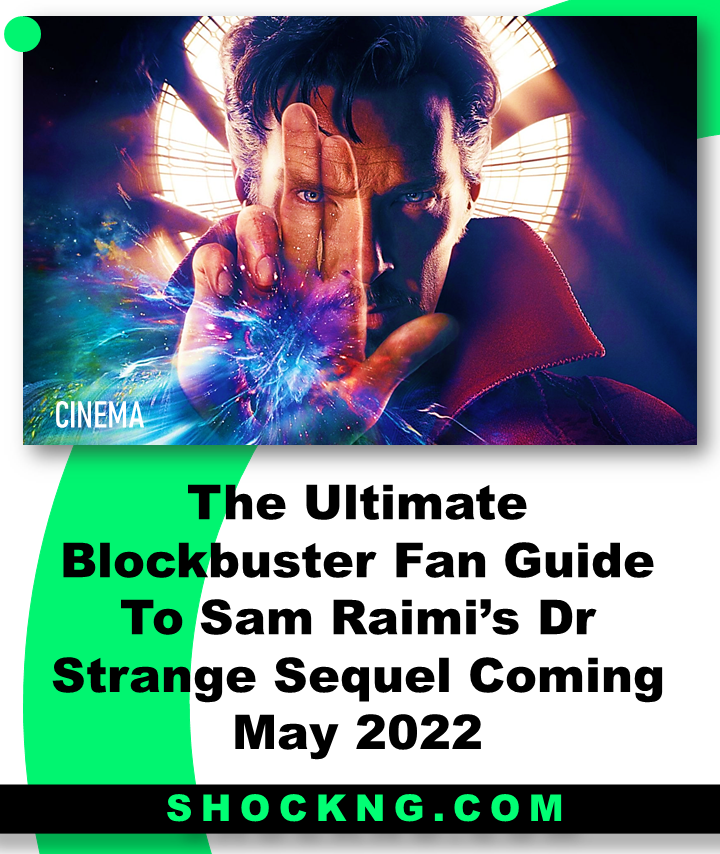 The trailer of “Doctor Strange in the Multiverse of Madness” was aired during the Super Bowl on February 13.

It gives Marvel fans a glimpse into the chaos caused by the events of “Spider-Man: No Way Home.” Benedict Cumberbatch plays the role of a neurosurgeon turned Master of the Mystic Arts, Stephen Strange, who has the power to unlock alternate dimensions and change the course of MCU history.

The movie” is a sequel to Scott Derrickson’s 2016 film, and hinges on the aftermath of Doctor Strange’s latest showing in “No Way Home.”

“Multiverse of Madness” is a work written by Michael Waldron and Jade Halley Bartlett, the screenwriters of “Loki”.

The first trailer for “Multiverse of Madness” is portrayed as an after-credits sequence following the award-winning blockbuster “No Way Home.”

Judging from the trailer, it is clear that Doctor Strange’s desperate attempt to fix the multiverse destruction in “Spider-Man” won’t linger for long. Strange seeks out help from Wanda to assist in restoring the world as they know it.

Aside from being the undoing of time (and sanity) across realms, “Multiverse of Madness” is just a titular nod to John Carpenter’s “In the Mouth of Madness,”

The main actor- Benedict Cumberbatch reprises his role as neurosurgeon turned Master of the Mystic Arts Stephen Strange, who possesses the power to unlock alternate dimensions and change the course of Marvel Cinematic Universe (MCU) history.

Aside from the teaser which whets viewers’ appetites, there are myriads of rumours about the innumerable cameo appearances, confirmed character roles, and quotes from the movie’s cast and crew about what we should look forward to seeing in “Doctor Strange in the Multiverse of Madness.

The movie scheduled to be released on 6th May 2022 was initially purported to be released on 25th March but was delayed for six weeks as a result of reshoots in late 2021 as revealed by Director – Sam Raimi who suggested that more improvements may be necessary if the test screenings aren’t well received.

The trailer was first aired during the Super Bowl on February 13. It gives Marvel fans a glimpse into the chaos caused by the events of “Spider-Man: No Way Home.” It revealed how mind-blowing and surreal it will be when it is officially released.

It opens with a monologue from Benedict Cumberbatch, the main actor who plays the role of Stephen Strange. He is plagued by incessant nightmares after the events of No way Home.

The film’s weird and mind-blowing elements were unravelled in the earliest section of the trailer.

We were made to understand that there will be more variants of Doctor Strange portrayed in the movie. Wanda, the scarlet witch film’s main antagonist(villain) and also the Multiverse of Madness, will attract the invasion of the elements of Fox’s X-Men.

Although there are rumours that Professor X and other X-men would feature in a way, the trailer affirms that Patrick Stewart, the leader of the X-Men, will feature in the movie.

The two-minute trailer also reveals so many surprises which viewers should look out for when it is eventually released.

“Doctor Strange in the Multiverse of Madness” is scheduled to be out on 6th May 2022 although it was supposed to be released March 25th but was postponed due to many reshoots which lasted for six weeks in late 2021.

Based on the trailer, there are seven confirmed cast members so far with another all but confirmed (though yet to be confirmed by Marvel).

Elizabeth Olsen co-stars as Scarlet Witch and Wanda. She is speculated to be the villain of the movie. As portrayed in the trailer, we should look forward to seeing a few variants of Wanda.

Chiwetel Ejiofor comes back as the villainous  Mordo who hunted other sorcerers and magic users to remove their powers if he deemed them unworthy. He also co-stars with Baron Karl and Master Mordo.

Xochiti Gomez is the only announced newcomer. He was featured as America Chavez who goes by the pseudonym– Miss America. As revealed by the trailer, Chavez’s backstory will be altered slightly for Doctor Strange 2. She is seen being held against her wish by a giant, mummy-Esque monster which seems to activate Chavez’s powers.

He travels with his allies into the multiverse to face a mysterious new adversary. Nevertheless, the Multiverse of Madness trailer may have tricked viewers into seeing Doctor Strange as a potential villain: he is arrested by Mordo and was taken to face what appears to be the Illuminati, and there is a shot of a panicked at the end. It suggests a Doctor Strange has been at loggerheads with forces beyond his control, and that could well make him the villain in Multiverse of Madness.

There are some cases of continuity between Spider-Man: No Way Home and “Doctor Strange in the Multiverse of Madness”. One of which is his repairs to the fabric of reality in No Way Home, his botched spell to make the world forget about Peter Parker’s secret identity still had a lasting impact on the multiverse.

Strange is faced with so many difficulties which he needs to face and overcome and not evade. The movie is undoubtedly the second film in the MCU that explores the concept of the multiverse — a real-world theory that our universe is just one among numerous universes, all of whom collectively form the multiverse.

This is easily one of the most anticipated sequels of the year from the Marvel Cinematic Universe and we will keep you updated till the D-DAY! 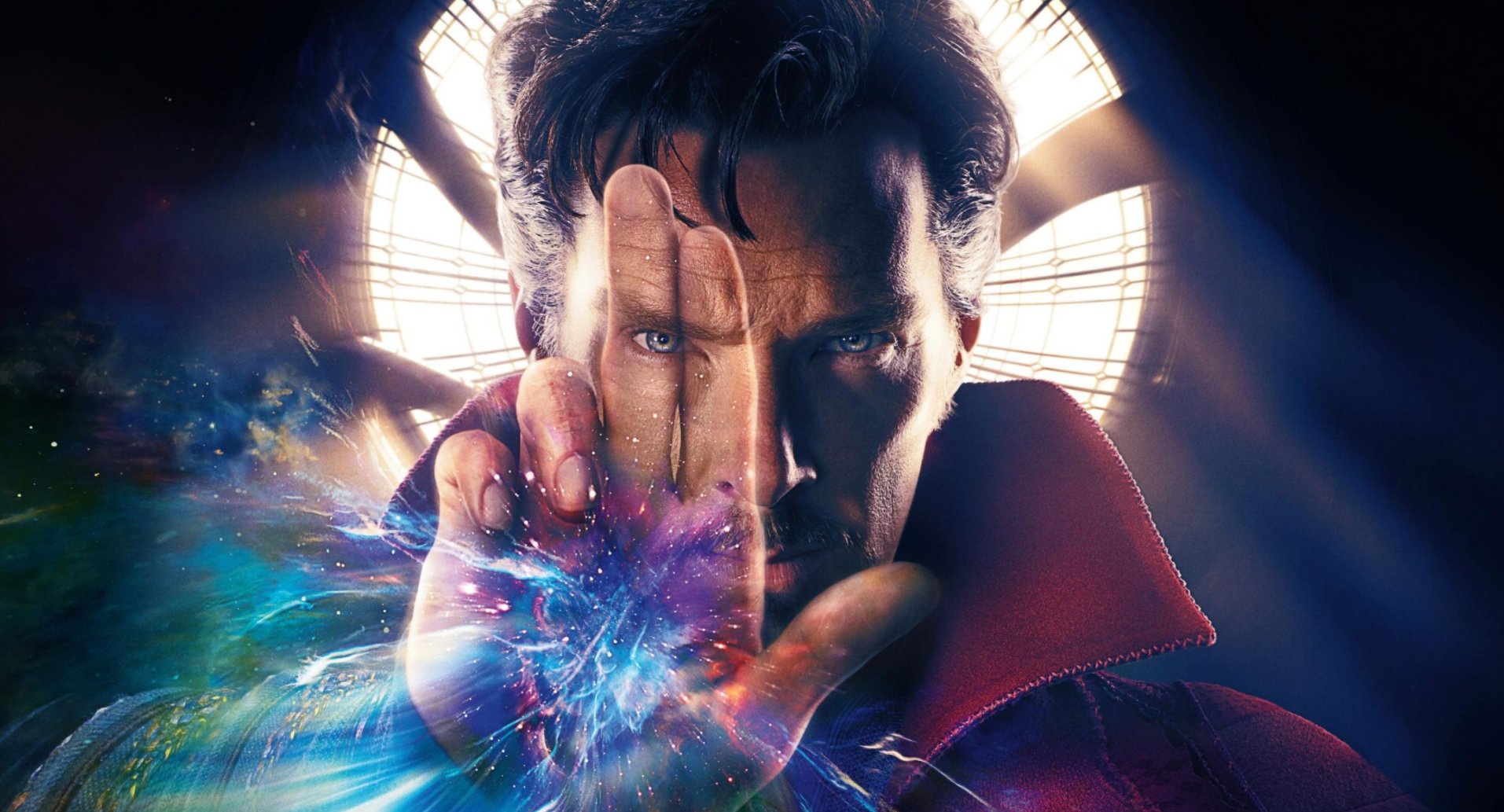 Film Rats Founder, Chukwu Martin On “The Annual Film Mischief” & What It Represents For Nollywood