To inspire young filmmakers the audacity to make unique films under the challenges of meagre resources, the Film Rats Club is ready to debut its first-ever film festival. 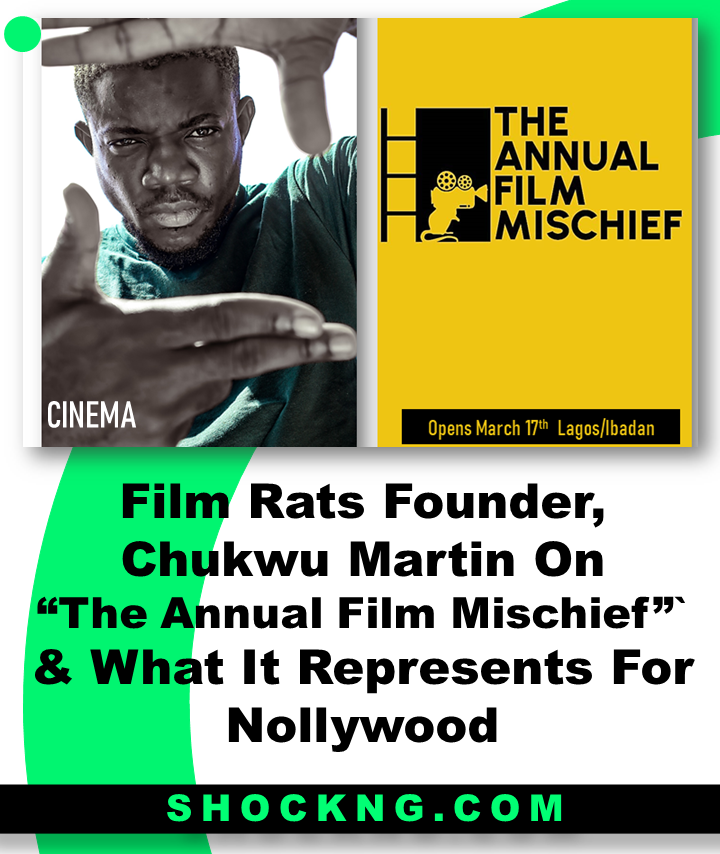 The Annual Film mischief is a film festival focused to bring to audiences selections of quality low-budget independent films. It showcases the innovative minds of the next generation of Nigerian filmmakers with film screening.

How many films were selected?

There are 24 films in total, 20 are short films and the rest are feature-length. 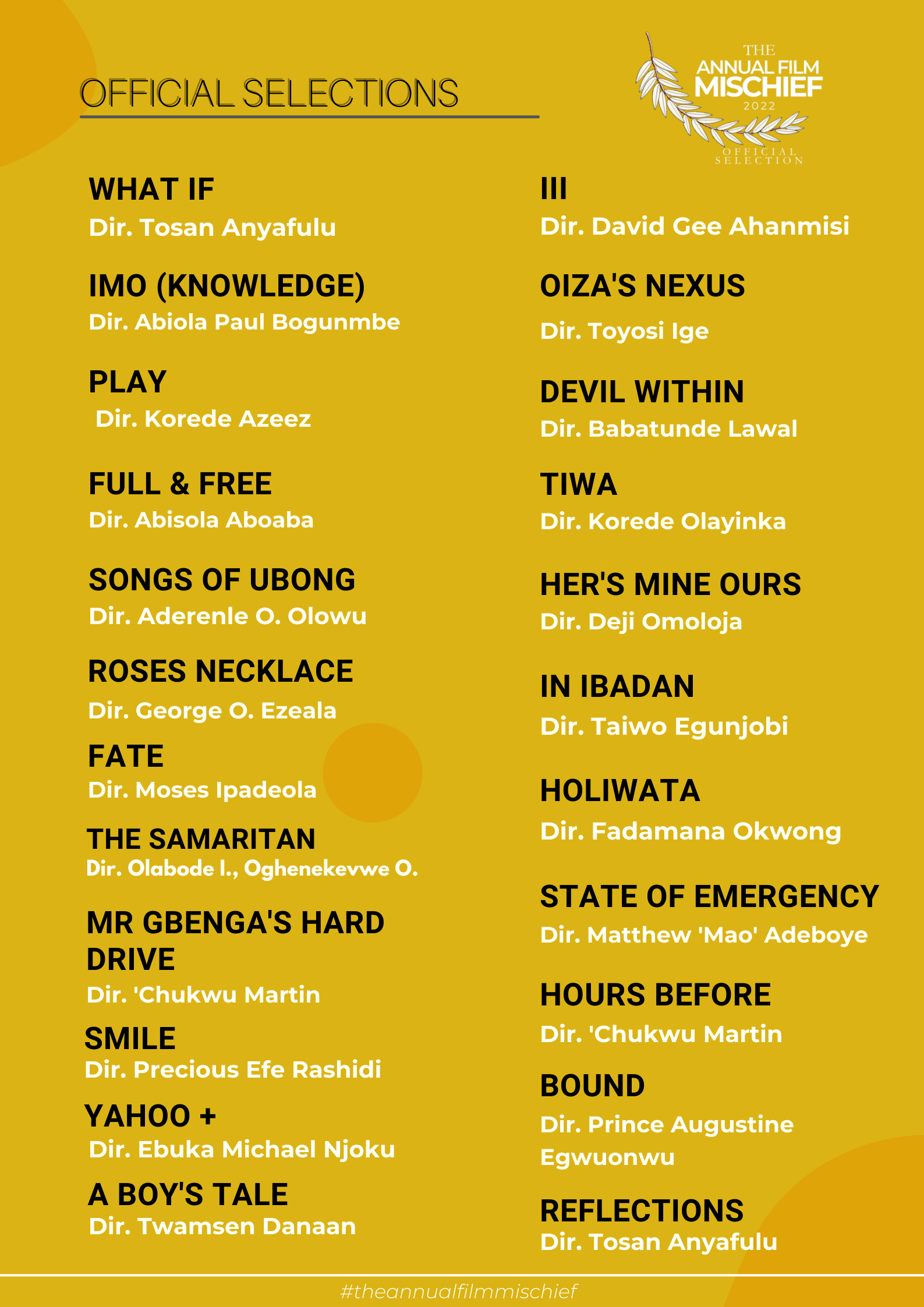 What is the theme of the film festival?

The theme is “Less is more”

This theme was chosen to inspire young filmmakers with the audacity to make unique films under the challenges of meagre resources.

There is a panel of Jury set to judge this films based on this theme. 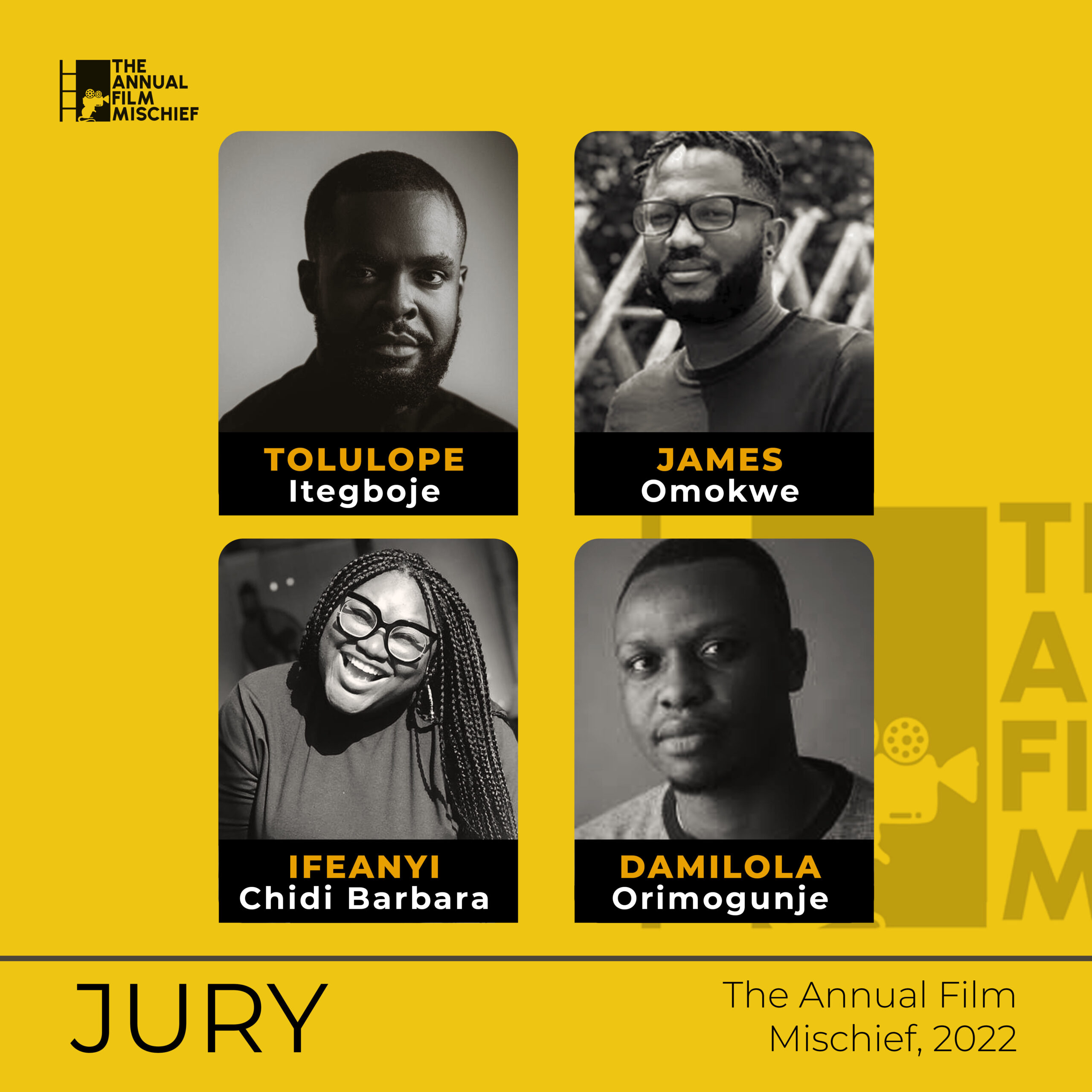 The event is to hold in Lagos and Ibadan.

It will be held (physically), simultaneously in Ibadan and Lagos as well as virtually.

Here is a quick chat with Martin Chukwu, the first-ever film rat. 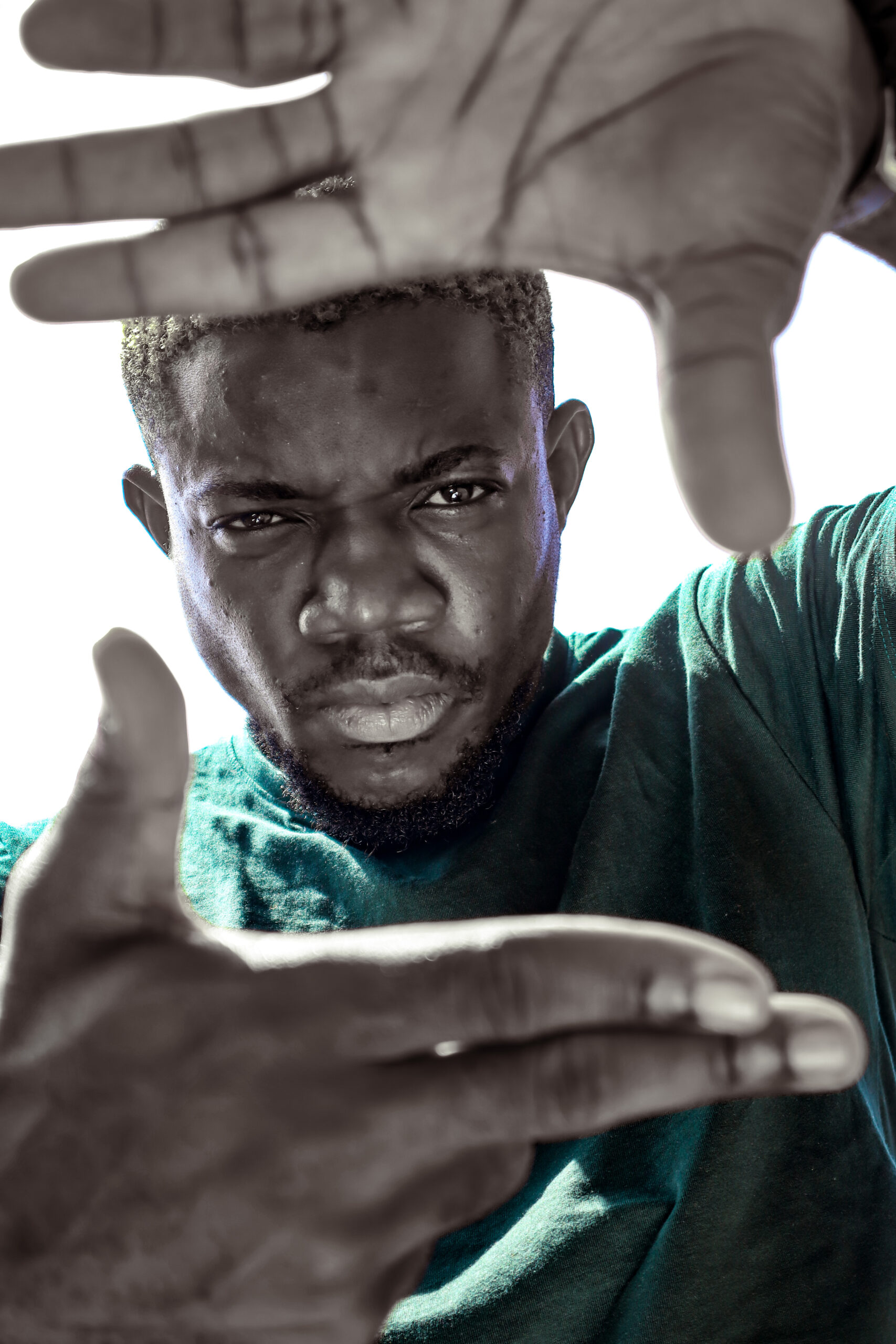 Why Start a film festival?

When we gather to see films, we are essentially gathering to celebrate them.

The idea is to gather audiences and reach out to other filmmakers who are willing to learn with us.

In the club, we are all for film education. So the festival is mostly as a learning outreach to educate ourselves about the art of filmmaking. That’s the core idea.

Even when we do movie nights and we screen say 5 films, that’s similar to a mini-festival, so it’s still a celebration but this time it’s a bigger scale.

Why call it a Mischief?

So the club is named Film Rats Club.

A group of rats is called a MISCHIEF.

We are coming together as a community to showcase our work.

So yes, it’s an annual “mischief” and this will be our inaugural edition which I’m excited for.

Let’s talk about Film Rats Club and what have you learnt about building this film community?

In 2017, I decided to build a community of like minds who wanted to talk and learn about filmmaking within a Nigerian context. This has now grown into what it is today.

Back then it was free to join the club which was open to filmmakers, actors, film lovers.

Now we have been able to start membership fees and sustain the growth of the community.

One thing I have realized is how the club has been a fantastic platform to network. Not just for me but for working and non-working folks in Nollywood.

Members are from diverse backgrounds and get to share their experience making and consuming films. We get to share our knowledge and resources just to grow ourselves and be better.

We have a wide range of Filmmakers in the club who all share their experiences about the film industry, in doing this we find ways to proffer solutions to these issues.

The club also serves as a means of fostering collaborations.

Let’s talk about criticism. Should filmmakers engage in it?

When you go to a restaurant, and pay for a meal. Say after you are done, you don’t like it. You give feedback then you are kicked in the head and kicked out – naturally, you won’t want to go there again. you sue.

I’d say it’s the same thing for films that you pay to see or even not. As long as the work is out there, it’s for consumption, it’s open to criticism.

The art of criticism is that dialogue starter between the filmmaker and their audience.

You see, filmmakers are the first critics of their work. They can’t run from it.

Criticism is a conversation and should never be seen as bad blood. It should be a dialogue with the audience on what the film is all about.

Many filmmakers think first about the commerce, so they are allergic to bad reviews no matter how constructive.

A filmmaker should always be ready to receive feedback and use it to make the next one better – no need to fight, everyone is happy.

What’s the one thing filmmakers should know about criticism?

Filmmakers are the first critics.

What’s the one thing critics should know before criticizing a film?

It helps to give a better understanding of the background, and philosophy of the work and the artist. Understanding the artist’s choice makes the critic deliver a more profound, in-depth opinion.

Critics should seize every opportunity to be educated on the art of filmmaking and know what challenges they encounter during its making.

Nigeria has forced its filmmakers to think rather economically, and that’s not a bad thing. The battle is making interesting films that are heavy on story – That has a soul.

The focus in many Nollywood productions is mostly on the technical aspect, the other form, story and performance are left unattended.  Writing is also not given enough attention.

And you see, a great number of Nigerian writers are offered peanuts, there’s no sense of acknowledgement to the time and brainpower that go into creating and telling a story.

These peanuts and tough conditions can’t produce films with even worth a shelf life, as the production’s root is already mediocre

Writers need to be paid well and given room to deliver the best.

Why are you excited about this “Mischief”?

Our members get to showcase their films and interact with a larger audience who are also armour-ready to engage.

A good amount of the film selections were made with string resources and unique ideas, different.

These are the filmmakers we care to promote. Those who are rarely spoken about.

To do this on a huge scale requires money, how is support coming along?

When we decided on this festival, we knew we had to raise money to make it happen.

We have raised funds from personal pockets and have also gotten generous support from organizations for which we are grateful.

Viva Cinemas, Impact Hub Lagos, Thursday Film Series. Institute of African Studies – University of Ibadan and many of our sponsors took a lot off our shoulders.

We are also grateful to all our media partners for their support.

We couldn’t have gone this far without any of them. 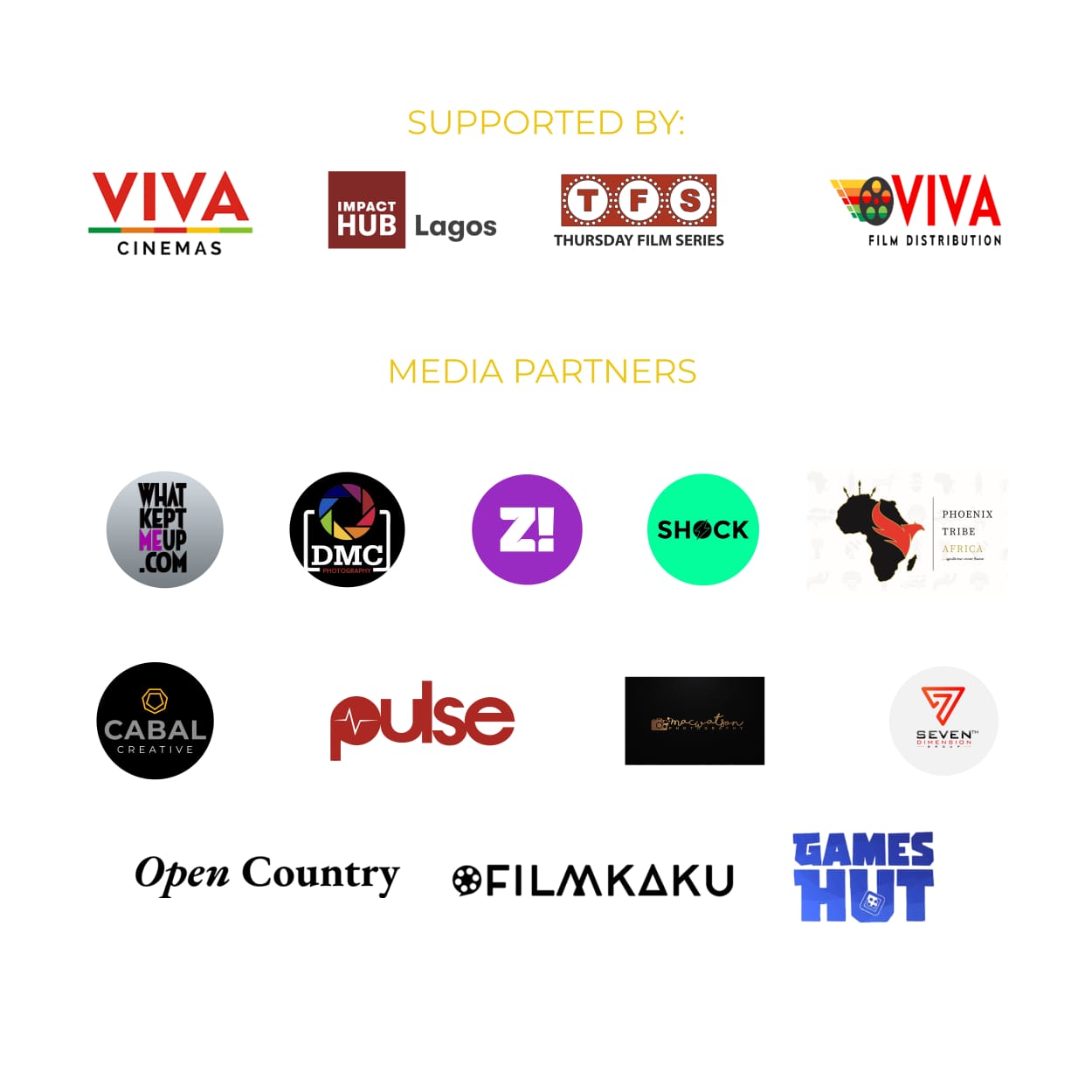 If you would like to support in any way, feel free to reach out to this mail  – [email protected] 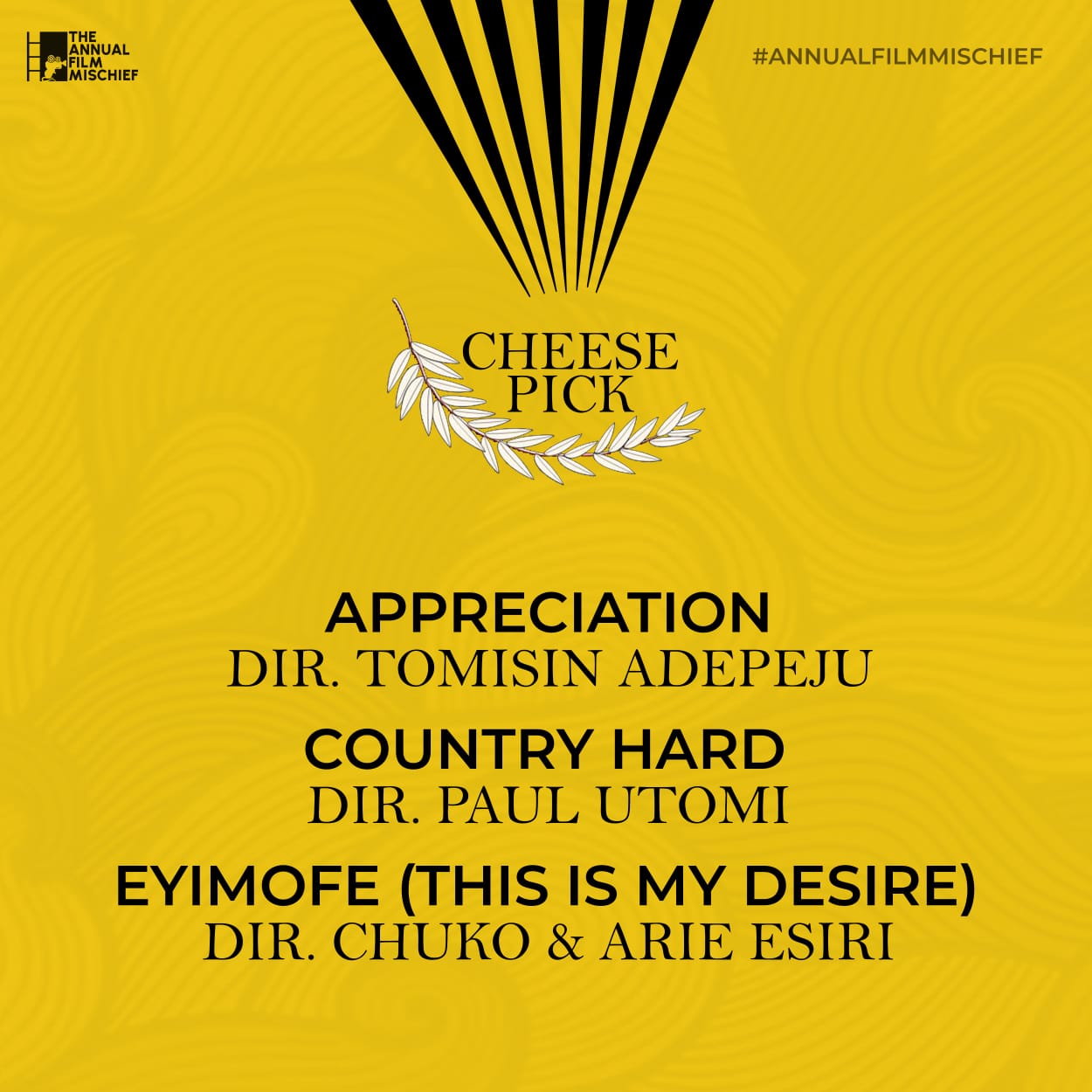