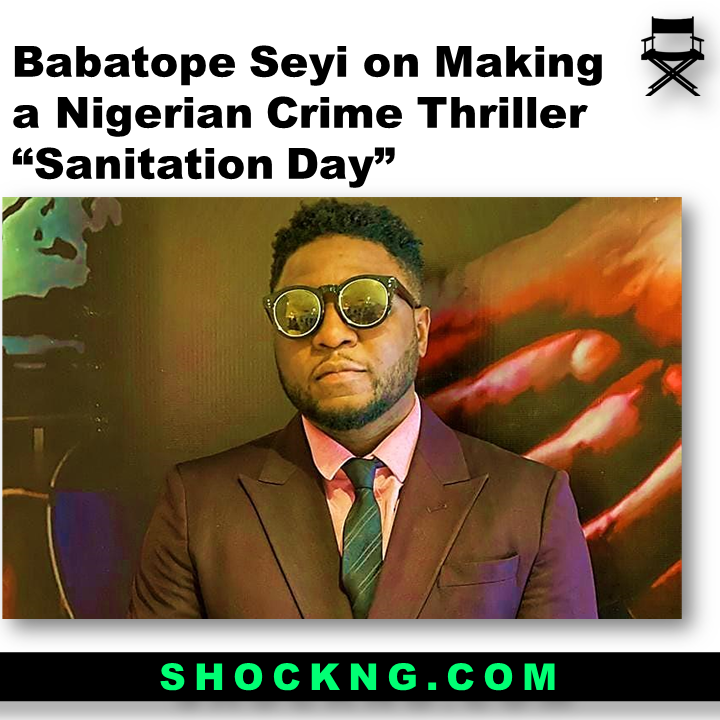 A murder has been committed in a choked living space popularly known in Naija as face – me- i-face- you.

Inspector Hassan (Blossom Chukwujekwu) and Inspector Stanley (Elonozam Ogbolu) have only few hours to solve this case or else a killer will be on the loose. 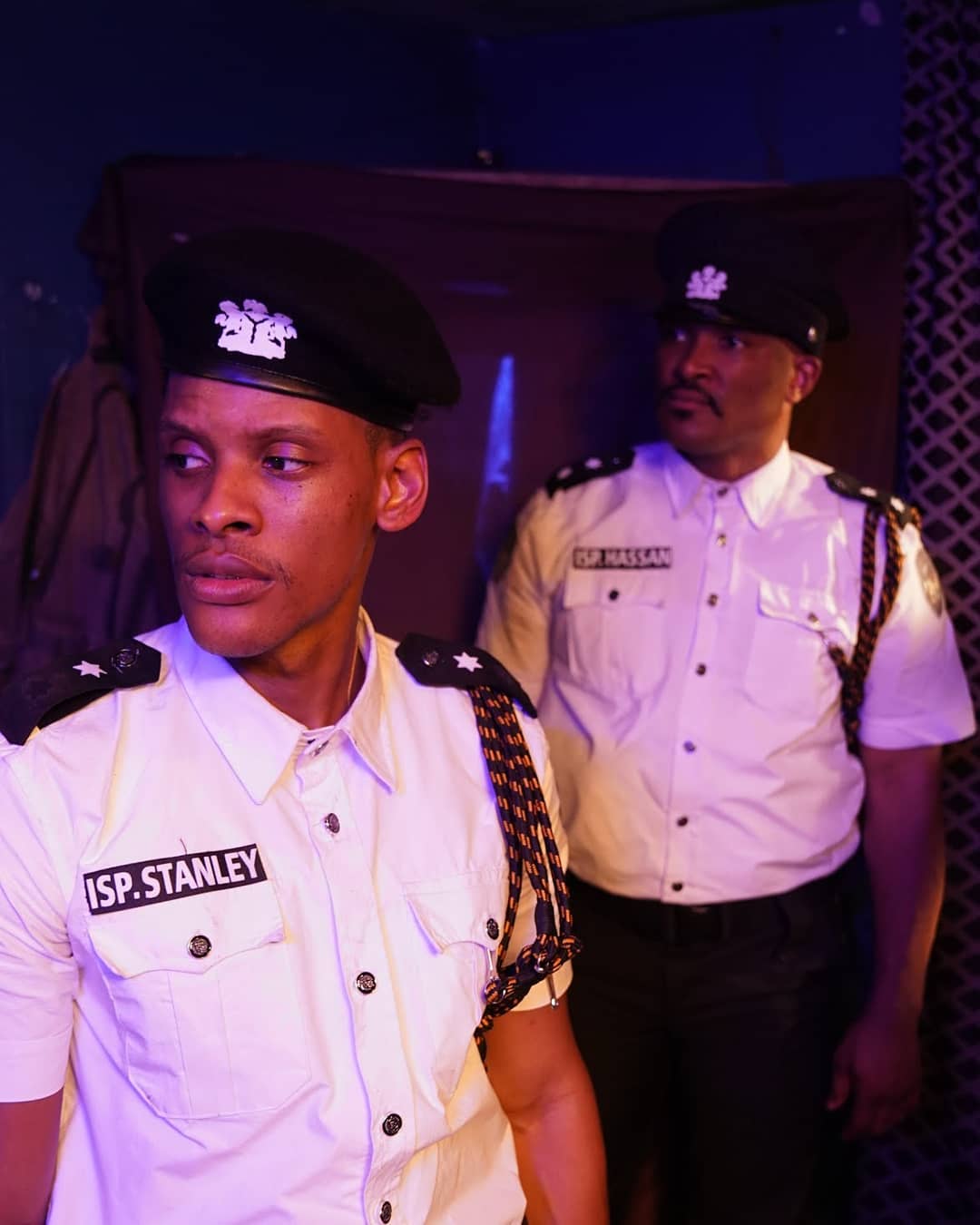 This treacherous act was committed on the night before the monthly mandatory cleaning exercise day observed in Lagos – yes, “Sanitation day”

So, who are we Suspecting?

All the tenants in the choked building of course, including this guy !! – Mazi Okeke (Charles Inojie) are suspects. When did you start working on this project?

Sanitation day was written since 2016, the script has gone through numerous development and pitched to a lot of places for funding that didn’t work out.

Pre-production was done early last year and we shot the project in 16 days here in Lagos, Nigeria.

80% of the film was shot in a single location. We had area boys, noise from a printing press to deal with and film technicalities that required we optimized for morning light.

My cinematographer did a lot of work to make sure we got that part right. We had to get that consistent look and it was a technical challenge to pull off.

For the area boys, we had to arrange bills and discovered a way for them to be part of the production. This way, it engages them and we get sanity on the set.

you should look out for a scene, the actors (area boys) that was hired were real individuals that lived in that area.

What did you worry about when making this film?

I am always afraid making a film. That feeling never goes away. That’s why to me, the language component of the film is the most important.

In the past, People have accused me of making pretty looking films saying who is that American sounding person that make effizy tush films that doesn’t connect with regular people.

I was like cool, that was an honest criticism.

So sanitation day checks this box and I can’t wait for people to see it and give me their feedback. 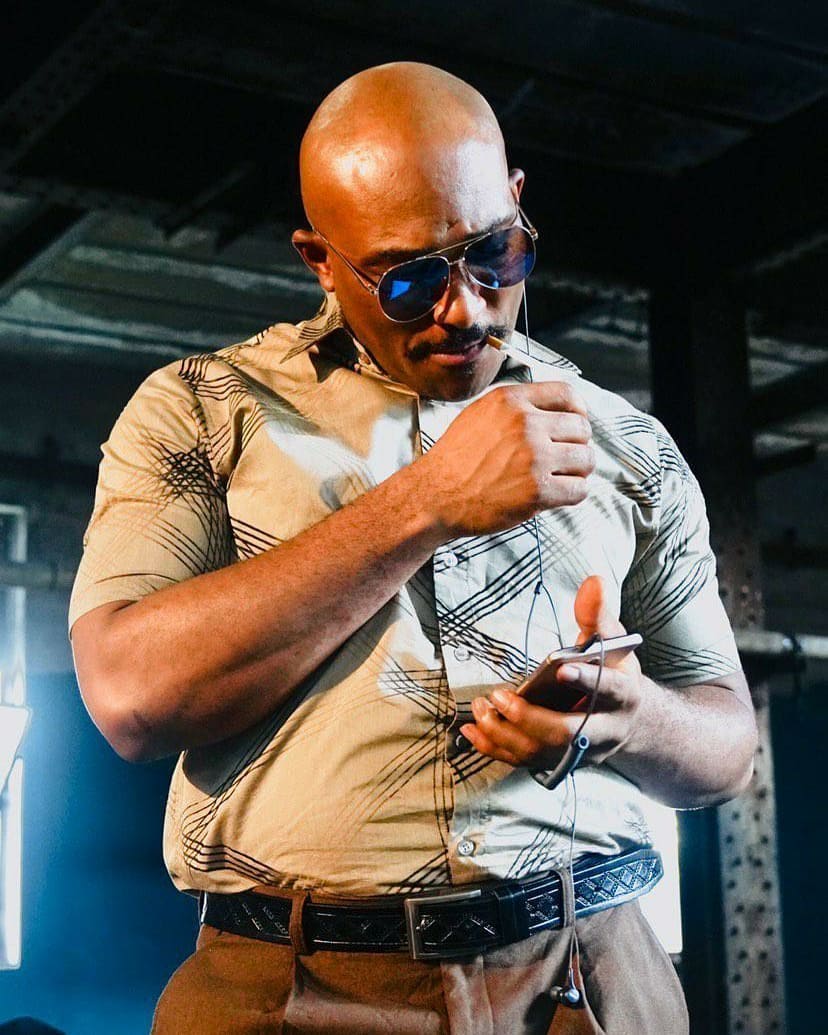 Your film is a whodunit genre. Kindly share your thoughts on its commercial viability in tandem with the emerging exhibition market here that favors comedy.

The perceived rule of thumb is that the Nigerian audience only wants to see comedy as it sells much better – Any other type of thing should not be bothered with.

The executives that sell this idea have inside data and an informed position on why they push that narrative.

However, my counter notion is that the domestic cinema industry cannot be a monolith.

if this happens, we are going to be in trouble.

Take a look at Kemi Adetiba’s king of boys that has been the outlier for commercially viable films.

I feel what that was saying is it that, look there is an appetite for more films like this.

And that there is indeed a commercial audience for this type of films.

Mind you, i am not telling you i have the answers to this question of commercial viability. I really don’t know.

But I made this new film with my heart and I pray people support it and it becomes a commercial success.

It is a whodunit –  that is funny in its own way.

I am giving the audience what they are use too and also giving them more.

It was made with the Regular Nigerian and it is very enjoyable.

Did you rework the surgical whodunit approach in order to adapt for a Nigerian Audience engagement?

My philosophy for making great films is that – simplicity is always the best.

Simplicity may have its own complications but over my 20 years of growing as a storyteller I have realized this is the best.

I am a Nigerian and by far we are one of the smartest individuals on earth.

So the A and B story arc that gradually reveals and established the murder case on the big screens is something they would easily get and engage with.

we have a smart audience, they will get it.

Talk to me about your casting process?

In my opinion, casting is like alchemy and I can’t take full credit for this process.

There was actors who are top of my mind. Whilst some talent came from other producers on-board the project.

Some were also a discovery during the process of pre-production.

Give me an inside reveal on how this film project got co-financed by the west Africa film fund?

This part here is film business.

The script was in development since 2016 and somehow, somewhere it got into the process of being co-financed by this fund.

Your voice as a filmmaker matters, as an artist it is your goal to find your voice.

This requires a lot of introspection, failure and Successes.

And you must be able to a marry these all together because that is what is going to really give that voice the authenticity.

With this authenticity, people will see the work you put out to the world and will register with the power of their spirit and in that way, it contributes to the society positively.

Art is culture. Films shapes the culture and I hope this film project does that.

Thank you having me. 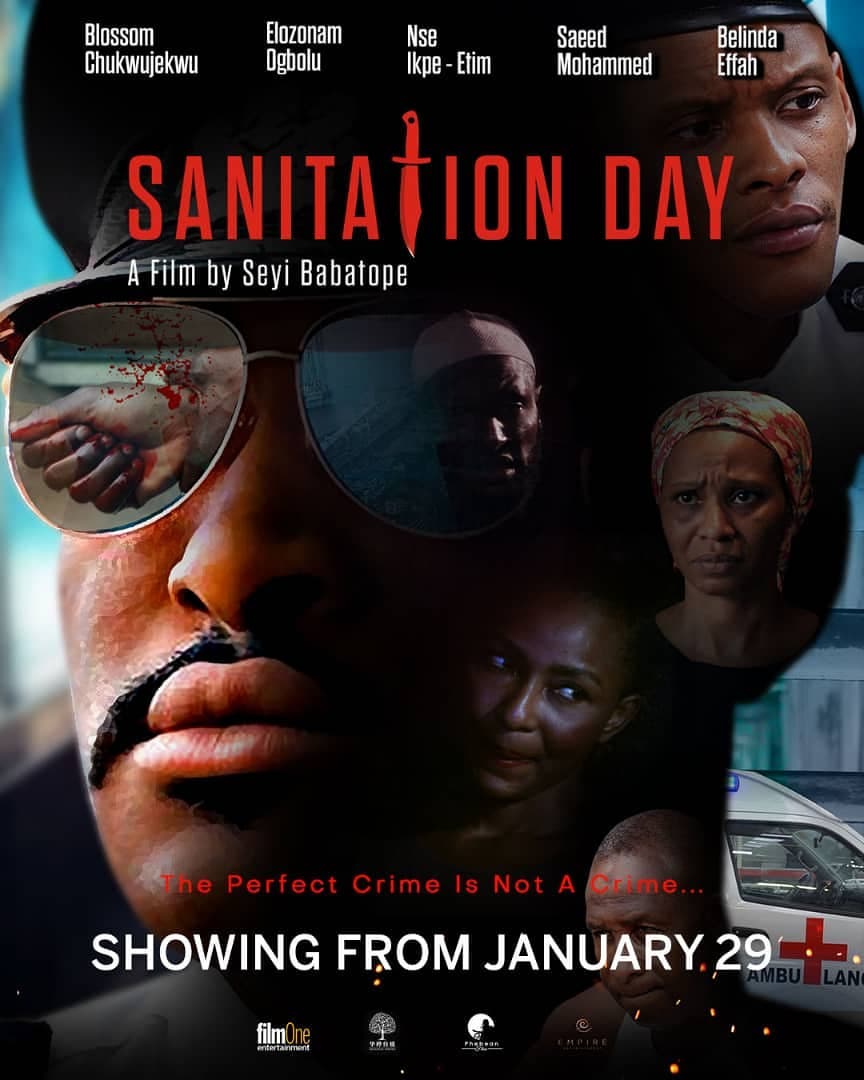