Tinsel is officially Nigeria’s longest-running TV show with 15 seasons in the Bag. 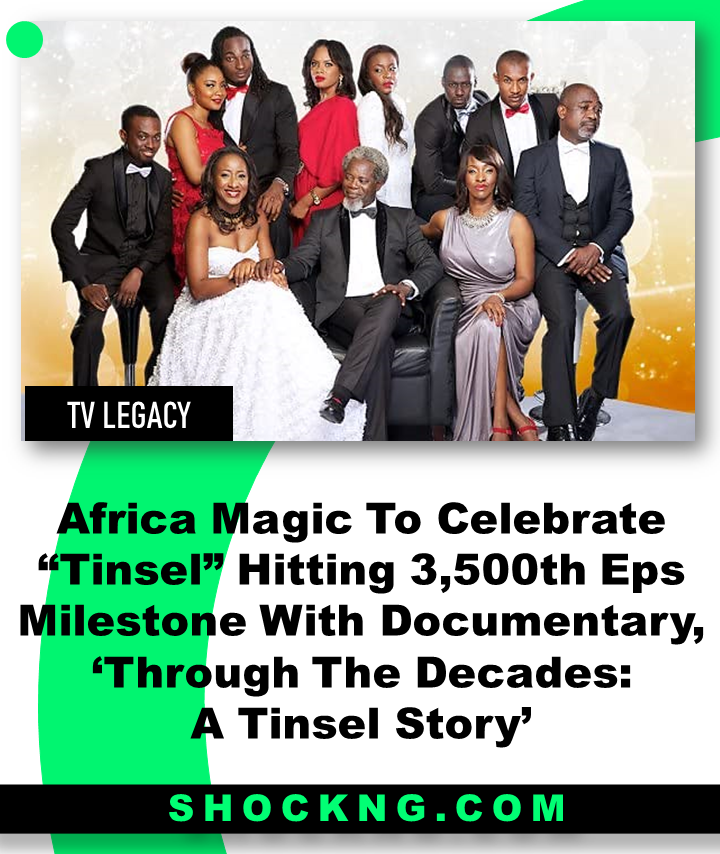 Africa’s longest-running and most successful drama series, Tinsel, will celebrate hitting the 3500th episode milestone tomorrow by releasing a documentary titled ‘Through The Decades: A Tinsel Story’.

The show initially launched in 2008. The producers have reimagined it several times, drawing audiences in with its intriguing storyline, which speaks to love, influence and scandal set against the backdrop of the Nigerian film industry.

‘Through The Decades: A Tinsel Story’ follows all the changes, faces, improvements, and even losses the show has experienced over the 14 years it’s been airing on television.

The documentary is a unique feature that highlights the journey of the trailblazer, Tinsel, through the eyes of its creators, stakeholders, cast and crew as it celebrates its 15th Season and 3500th Episode. It will feature current and past cast members of the show, current and past MNET/Africa Magic Stakeholders, the original content creator of Tinsel and pioneer producers of the show; as well as key industry icons like Joke Silva, Tade Ogidan, Tunde Kelani, RMD, and more.

Tinsel is not only the longest-running show on television. It still ranks during its time slot and recently won an award at the 2023 Africa Magic Viewers’ Choice Awards. The show is also the first series to embark on a multi-cam studio shoot in Nigeria. One of its most respected and oldest cast members, Taiwo Ajai-Lycett, also won the 2022 AMVCAs “Industry Merit” award.

Over the years, Tinsel has served as a major launchpad for many of Africa’s best-known faces on television, including Gideon Okeke, Osas Ighodaro, Damilola Adegbite, Chris Attoh, Timini Egbuson, Joseph Benjamin, Blossom Chukwujekwu, Femi Jacobs, and many others.

Interestingly the show has also imitated life and created many cast love stories between stars. Couples like The Suleimans (Linda Ejiofor and Ibrahim Suleiman) and The Ukechukwus (Iyke Ukechukwu and Florence Uwaleke) have emerged from the show. Tinsel still features many established Nollywood actors like Iretiola Doyle, Funlola Aofiyebi-Raimi, Yul Edochie, Taiwo Ajai-Lycett, Abayomi Alvin, and many more.

Speaking about the show hitting its 3500th episode, Executive Head of Content and West Africa Channels, MultiChoice, Dr Busola Tejumola, shared, “This show has maintained its status as one of Africa’s most successful drama series for over 13 years.

This is not a small feat, and I believe our audience continues to tune in to watch the series every weekday because it shows you real life, real people, and everyday circumstances. It feels like people are generally living their lives on TV.

We are indeed happy to hit the 3500th episode mark of this stellar series. At MultiChoice, we hope to continue growing and promoting local content and talents and expanding the boundaries of African film and television production as we have done all these years with Tinsel.” 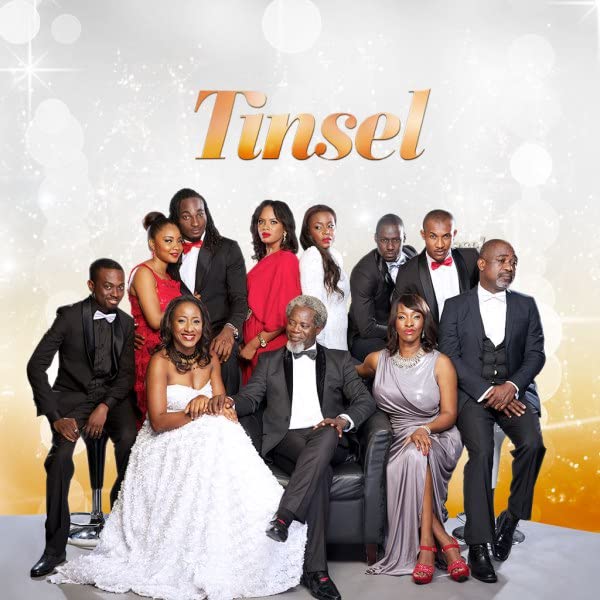